Barack Obama is good at a few things – putting in place policies that destroy jobs and appeasing his liberal big-money backers, and lying to the American public about issues that matter.

But up until now, it seems as though the public was on his side. I’m so glad to see that’s not the case.

In this hilarious cartoon that’s quickly going viral, we see Obama getting an Emmy for his work on television. 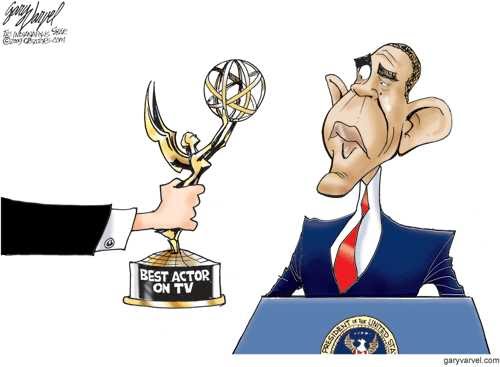 The Emmy is for “Best Actor On TV“, with Obama having a non-plussed, yet puzzled look on his face.