What is this world coming to? We need to eliminate this kind of behavior once and for all from our society!

Decorated Army veteran, and West Virginia Senate Candidate, Richard Ojeda was viciously attacked by what seemed to be an innocent person at a political event. Ojeda is challenging for a Senate seat in WV and was at a campaign event this past Sunday, two days before his primary was set to vote.

According to the report Ojeda was asked to come put a bumper sticker on a car by a man named Jonathan Porter. Apparently after Ojeda bent down, Porter attacked with brass knuckles and tried to run him over!

Richard Ojeda, who is challenging state Senator Art Kirkendoll in Tuesday’s election, was putting a bumper sticker on a car at a political event in Whitman when he was struck from behind. He was hit in the head several times with brass knuckles. Family members said the attack was politically motivated.

“I am shocked and sadden to learn of the vicious attack on Richard Ojeda,” Democratic gubernatorial candidate Booth Goodwin posted on Facebook. “My thoughts and prayers go out to Richard and his family. Richard served his country with honor and is seeking to continue his service to his state. Violence has no place anywhere in our political process.”

Ojeda, who suffered several facial fractures, lacerations, a concussion and other injuries, believes the attack was politically motivated. 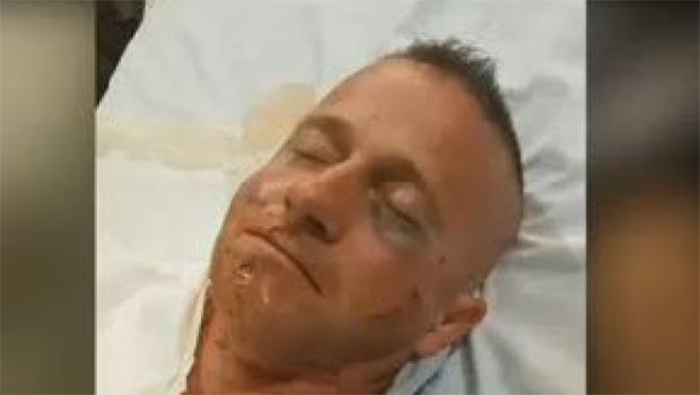 However, you can’t keep a good veteran down, as Ojeda posted on Facebook that this won’t stop him.

In any case, doing something like this to an army Veteran is both depraved and disgusting! We wish you a speedy recovery Mr. Ojeda and thank you for your service! We hope the book is thrown at Porter who is clearly a vile human being.