The ever non-PC candidate, Donald Trump, is rubbing everyone the wrong way. Why? Maybe it’s his illegal immigration stance, though not many people can complain about that since that was a key campaign platform for the Democrat back in the mid 90s. Seriously, go look it up. So if someone is complaining about it, it’s probably a liberal who realizes that it didn’t work  back then because it was the liberals who were trying to implement it.

So if it’s not that, what makes people hate him so much from the liberal side? I’ll tell you. It’s that he’s so non-PC that the liberals don’t know what to do with him. Being PC is a key component of being a liberal.

Well according to a new poll, up to 71% of Americans believe being PC is a problem, the majority of them conservative! Meaning, being PC is ridiculous, and conservatives know it. Liberals can’t deal. 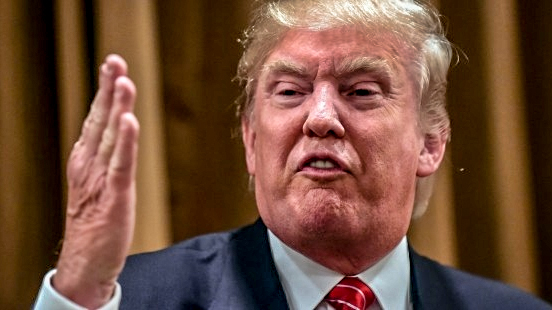 Republican presidential front-runner Donald Trump during the first pre-primary debate reiterated a point he’s made throughout his campaign that ‘the big problem this country has is being politically correct.’ Most Americans strongly agree with that sentiment.

A new Rasmussen Reports national telephone survey finds that 71% of American Adults think political correctness is a problem in America today, while only 18% disagree. Ten percent (10%) are undecided.

I agree with Mr. Trump completely here. Being too PC is a major problem in this country. Everyone is too damn sensitive to anything anyone says these days.

I’m for Trump in the White House and countering this bit of American culture that has become a nuisance, much like liberals.