That’s right Trump is gathering more support, this time coming directly from NFL star Tom Brady and legendary coach Mike Ditka. Brady, who has come under fire recently for the now infamous “Deflate-gate” has been absolved of that by a judge and now it backing The Donald in his hopes to score a presidential touchdown. 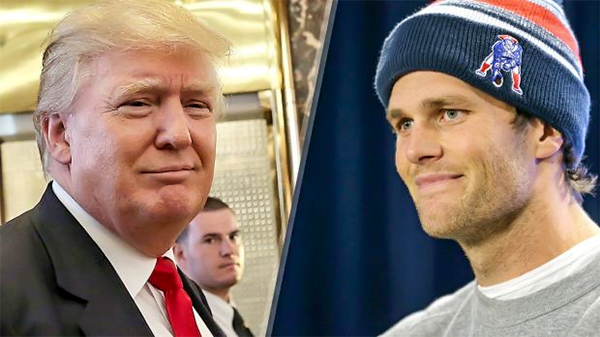 On Tuesday morning, Tom Brady confirmed in a radio interview on WEEI that he did have a red Donald Trump ‘MAKE AMERICA GREAT AGAIN’ hat in his locker, that he did consider Trump a good friend, and that he did think Trump has done some ‘amazing’ things.

And Ditka? Yup he’s on board too. When asked about Trump in an interview with the Chicago Sun Times, Ditka pulled no punches.

I do like Donald Trump. I think he’s on the right track. I think that he has the fire in his belly to make America great again. I do like him. I do like him, yes.

Watch out liberals, Trump’s coming for you!