With lots of people talking about how the other candidates performed, from the outspoken Carly Fiorina to the soft-speaking Ben Carson, the far and away winner, picked by the people, was, of course, Donald J. Trump.

With Trump’s emphasis on policy and more even-handed tactics when it came to dealing with his opponents, he seemed more reserved and had better arguments to present to the American public, and they certainly picked up on it. 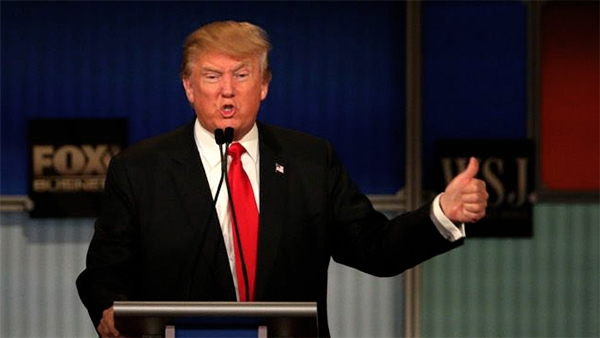 Donald Trump may have put in a less-combative performance during the fourth GOP debate Tuesday night aired on Fox Business Network, he remained atop several unscientific online polls after the event.

Trump took 38 percent of the vote in the Drudge Report poll as of 7 a.m. Wednesday morning, followed by Sens. Ted Cruz (Texas) at 22 percent, Rand Paul (Ky.) at 16 percent and Marco Rubio (Fla.) at 12 percent. Other candidates took 5 percent or less in the that poll.

In addition to the Drudge Report poll, Trump topped the poll of one other online publication,

Trump even had some encouraging words directly after the debate, noting his win.

Loved doing the debate…won Drudge and all on-line polls! Amazing evening, moderators did an outstanding job.

I’m so glad that the public is getting on the Trump train. Next stop, the White House!