I can’t say that this is a surprise, because I’m completely shocked!

We all know Donald Trump is going to be the next president. After his Super Tuesday steamrolling of the competition, Trump is in the driver’s seat for the GOP nomination and likely to ascend to the White House. Now we can start playing the game of who he would pick as his Vice President.

Would he pick a strong Republican like Ted Cruz to help win him votes? We’re unsure right now, but America thinks it’s going to be a darkhorse!

Here’s what you think America! 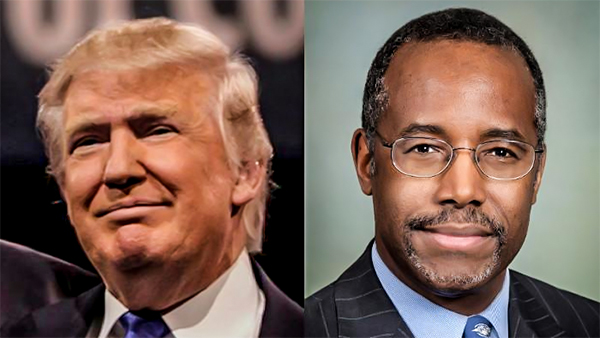 With Donald Trump gaining steam to be the Republican presidential nominee, many are wondering who might be his choice for vice president.

Now, a brand-new national poll from Morning Consult has been released, and the name at the top of the list to be Trump’s running mate among Republican and Republican-leaning independent voters is retired neurosurgeon Dr. Ben Carson.

Carson collects 11 percent support in the survey, followed by Sens. Marco Rubio of Florida and Ted Cruz of Texas at nine percent, and Ohio Gov. John Kasich at eight percent.

New Jersey Gov. Chris Christie, who endorsed Trump after dropping out of the race last week, also has eight percent backing to be Trump’s VP pick in the poll.

Whoa! I did not see that coming! What do you think? Let’s hear it in the comments!