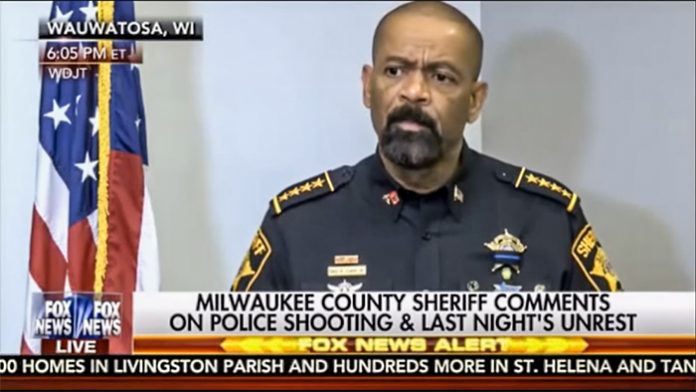 Recently, we saw yet another mass riot from those that think looting, mayhem, and chaos are the answers to all of life’s problems. You guessed it, I’m talking about the Black Lives Matter movement and all of those that follow their racist and domestic terrorism ideologies.

BLM is a group that preaches supremacy of one race over another, which is the dictionary definition of racism. It’s a group that tells it’s followers that violence is an acceptable answer, the exact OPPOSITE message of the late, great Dr. Martin Luther King, Jr.

Dr. King would be turning in his grave if he saw the current state of racial divide this country obsesses over. Police “brutality” and “violence” are myths told to impressionable black youths, as most, if not all of these “racially motivated” shootings were completely justified.  It’s a cop out (pun not intended). The most recent “tragedy” happened this weekend in Milwaukee, Wisconsin. And as we all know, that’s Sheriff David Clarke’s territory. He’s been insanely vocal about the BLM movement, the general public distaste for police recently, and why this movement needs to end.

In the wake of yet more violence, on HIS turf, he went off. He’s had enough.

This is something that we need to spread everywhere. Clarke’s message is on point and true. This unnecessary violence is just causing more problems. The riots hurt black business owners in the communities that BLM wants to build up.

Sheriff Clarke is trying to change all that, but there’s only so much someone can do when thugs continue to have illegal guns, wave them around, and then the community is surprised when we have riots all over the country based on unfounded nonsense.

Sheriff Clarke is 100% correct and needs our support. BLM must be stopped and we must share the more positive message here, before it’s too late.