You don’t think Donald Trump is a serious contender for the presidency? Guess again!

Donald Trump had demanded that he should be receiving Secret Service protection due to his massive leads in many of the presidential polls. After all, nearly every other contender had been receiving SS protection since day one. But because he, and Ben Carson, aren’t political figures, they had not been receiving the same protection any other has. Well now that’s changed! 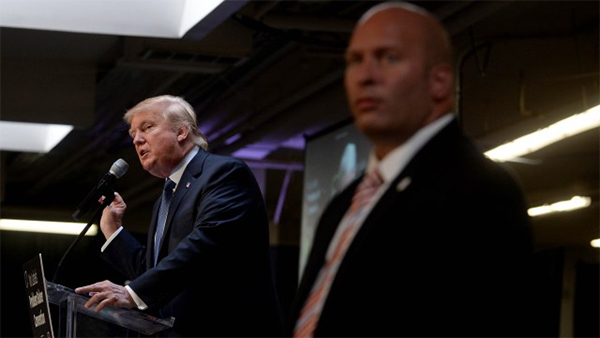 The Secret Service will give agent protection to Ben Carson and Donald Trump while heavily upgrading Hillary Clinton’s existing detail, a Washington source close to the agency’s plans confirmed to Newsmax.

The agency’s decision was primarily triggered by a significant number of threats to Carson, including death threats and terrorist chatter, the source said.

The threats to the retired pediatric neurosurgeon have been “off the charts,” the source said. Polls show Carson either tied with Trump for front-runner status or in second place.

The deployment of agents around Republican candidates Trump and Carson is set to begin as early as next week. Approximately two dozen agents will be assigned to each candidate.

Idle threats against candidates are nothing new so this shouldn’t be taken as a massive scare that the government is trying to cover up. If you think Trump and Carson get threats against their lives, you should see how many times that’s happened to Hilary in the past. It’s well documented.

So why is this important? This is hard proof that the government is finally recognizing Trump, as well as Carson, as valid GOP candidates! This makes me incredibly happy.