The nation is still reeling from the acts carried out by a deranged gunman with a grudge and lack of morals against the Republican congressmen playing baseball.

This class act of a New York publication thought it would be OK to use this wildly tasteless headline and topshot to the effect of enabling the kind of violence we saw at the shooting of GOP Whip Scalise. 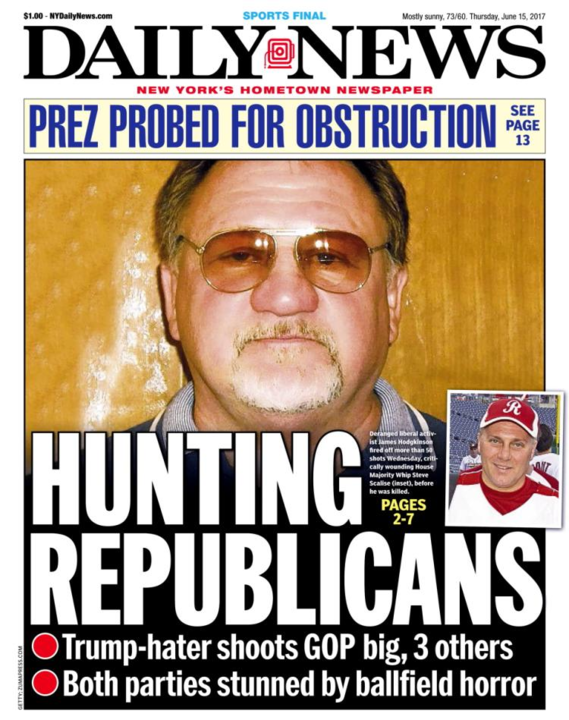 Let’s be clear; the goal is to discourage acts like this, not to normalize them. Even making a joke about hunting people like animals is a new kind of low that we should be avoiding at all costs.

You might have been able to justify things like this in the past and say that nobody would take it seriously, but apparently, they are. So let’s not.

What’s your take on this cover? Let us know in the comments!