If you’ve ever done something that was completely innocent, or maybe even nice for someone, and then been blasted as being insensitive or politically incorrect, you should have some feels about this story. This is a story of an over the top politically correct candy brand that decided to try and support LGBTQ pride month and forgo their own rainbow.

Whether you’re a rainbow supporter or not, apparently the folks over at Skittles are, and they tried to do something very nice for those observing this month/holiday/moment they’re having. Sadly, even those they were trying to support weren’t big fans.

If you walk into your local convenience store and notice that the packs of Skittles have turned white, don’t worry, you’re not tripping out, because for the second year running, Mars has ditched the iconic Skittles rainbow in honor of Pride Month. 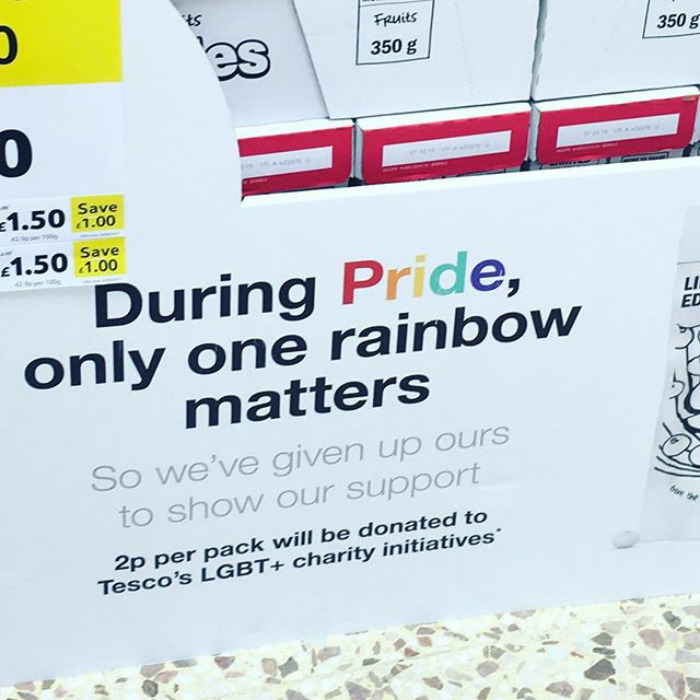 “Only one rainbow matters this pride. Give the rainbow, taste the rainbow,” explains the back of the white Skittles bag. And as you can see below, it isn’t just the packaging that’s lost its color – the Skittles are all white too! Great fun if you like a bit of mystery in your candy; not so much fun if you hate a particular flavour. The vibrant confectionery first ditched its colors for 2016 London Pride, but while many people consider it to be a fun and harmless marketing campaign, not everybody agrees, and some have even complained that it’s racist. 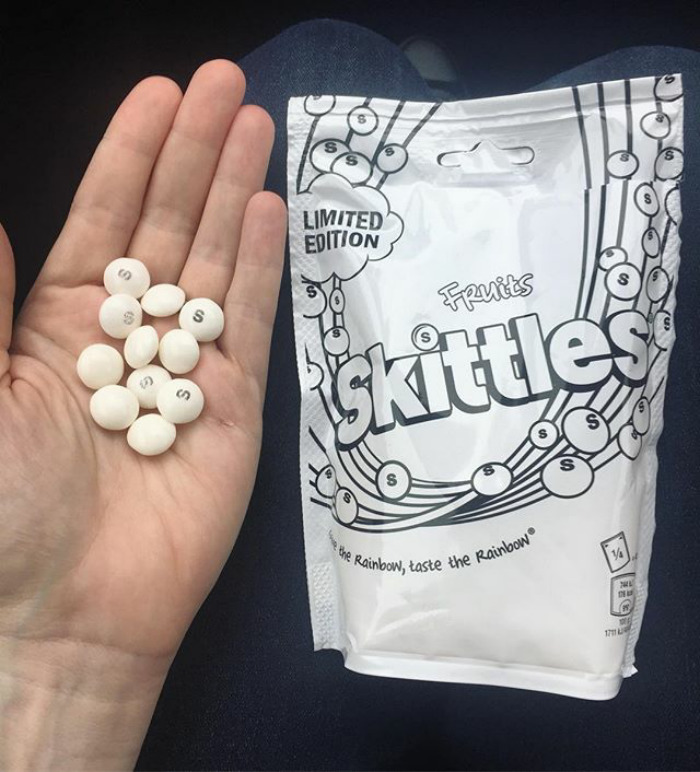 So now, what they thought was going to be a touching tribute to a group of people that they wanted to support, has turned into battle royal of the protected classes (i.e. the LGBTQ and non-white).

Check out the reaction by some of those less than thrilled with the outcome of this little social experiment. (LANGUAGE WARNING)

For the record, white isn’t a color at all, it’s the absence of color. If you’ll notice, most of the “white people” you know are actually some shade of tan or pink. Soooo, not sure what she’s all bent out of shape about there.

Well, kind of they are, considering that the writing on it is black. I guess that doesn’t go along with the rant though. Don’t let me confuse you with the facts or anything.

I’m not sure if he was being serious or not, but that one made me laugh.

These last few are to just show you how real the struggle is when you’re trying to enjoy your favorite candy and they went and got all political on you and ruined everything. #TheStruggleIsReal

You’re probably wondering what is the point of all this is. Well, I’m glad you asked; the point is that we’re never going to make “them” happy. We can bend over backward and do everything we can to be perfectly considerate to everyone, and somebody will still come up with a reason to be ticked off at us. This company printed special packaging and gave up their iconic symbol and motto just to try to support those they thought needed it, and they’re still getting heat.

So, if you’ve ever found yourself in a similar position, of trying to do something nice and being lambasted for it, you might consider breaking up with political correctness. Because I’m here to tell you, it’s not you, it’s them.