In a weird turn of events starting with the news that Jeb Bush would likely back Hillary for the race to the White House since she represents many of the same special interests that back his campaign, Jeb announced that he’s looking into how to turn his back on the Republican party once and for all.

While that seems like a stab in the back to his own family, which has served as a Republican powerhouse for decades, Jeb seems like he wants to distance himself from everyone and create his own legacy, no matter how crappy it may be. 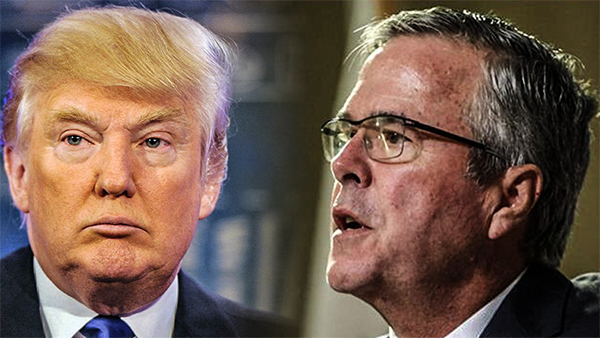 Republican presidential candidate Jeb Bush’s campaign has looked into whether it is possible to withdraw a pledge to support the eventual nominee if it is Donald Trump, a senior Bush aide said on Thursday, in a sign of the deep enmity between the two.

The development came to light after Bush and Trump engaged in bitter exchanges at the last Republican debate of the year on Tuesday night in Las Vegas.

Last week in New Hampshire, Bush insisted he would not need to withdraw his support for the nominee because he did not believe Trump would win the 2016 Republican presidential nomination.

A driving factor behind the move was Trump’s proposal to ban all Muslims from entering the United States, a step that Bush denounced to Trump’s face at the debate.

“We received lots of questions following Donald Trump’s most recent unhinged proposal so our campaign did due diligence looking into the rules surrounding the pledge,” said a senior Bush aide who spoke on condition of anonymity.

Still, Bush has not moved to declare he would not support Trump if he wins the nomination fight.

“Governor Bush made explicitly clear on Tuesday his view that Donald Trump would be a chaos president who would be wrong for the country. Voters know where he stands. His focus is on defeating him in the primary,” the aide said.

Trump has said he does not want Bush’s endorsement.

Trump, the front-runner in national polls of Republican voters and leading in some of the early voting states, has taunted Bush all year.

While Jeb is whining like the typical liberal, Trump is too busy winning and converting the masses to his brand of no-nonsense, un-PC politics. Apparently when you have 3 percent of the vote, that makes you act like a baby without his bottle.