As this election process continues, there have been many and will be more attacks against Donald Trump’s character and what he says. But some people are listening to him and believing in what he’s saying. You can lump us at Yes I’m Right into that group as well.

However, there are some people in the national spotlight that can shed light and bring national attention on issues that we cannot. We can only report as much as possible and hope that you, our loyal fans, share our words and try to help America become the greatest nation in the world once again. Well, with people like Sheriff Joe Arpaio on Trump’s side, these issues are becoming moer mainstream and not hidden behind the veil of the Liberal media.

Sheriff Joe is a staunch Trump supporter and just shut down every single argument against Trump’s integrity and we couldn’t agree more with his words! 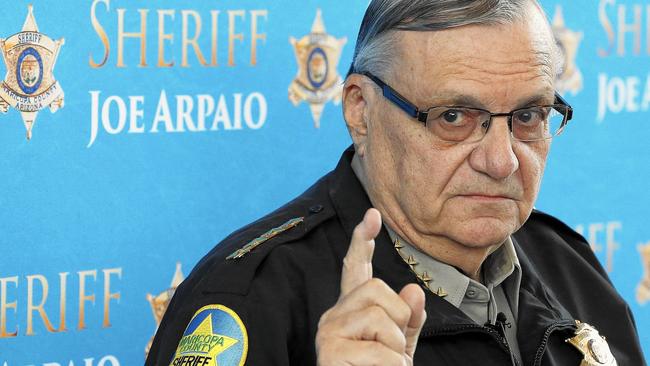 Donald Trump might need to make a few adjustments to the way he communicates, but “at least he has the guts to speak out and back up what he says,” says Maricopa County, Arizona, Sheriff Joe Arpaio.

“He may want to change here and there, but we need a guy that is brave,” Arpaio said Tuesday on Fox News Channel’s “Your World with Neil Cavuto.”

Arpaio did say that Trump’s words sometimes “are twisted” and said the media “won’t let it go away.”

“They’ve got to find something about him, something, and they keep picking on this comment,” the sheriff said. “I’m not saying it’s right or wrong, but leave it alone. Let’s go on to other things.”

We think this assessment of Trump and the media’s twisting of his words are 100% accurate. Sheriff Joe is completely right here! Do you agree? Let’s hear it in the comments!