As we continue the Clinton email saga and everyone keeps trumpeting that those emails weren’t jeopardizing national security, the Dems have held firm to the belief that their servers are secure and they appropriately guard all digital data. Apparently that’s just another thing on the ever growing list that the Democrats lie about.

According to Reuters, reports are coming in that the Democratic National Committee databases have been breached by hackers in the Russian government. The irony is palpable.

But here’s the kicker, the Russians didn’t take anything that actually would jeopardize national security. At least at this point. So, what did they take? Finance records? Obama’s personal itinerary? Nope. They viewed in on DNC files on Donald Trump. Seems like the Dems aren’t the only one intrigued by the presumptive Republican Candidate.

Russian government hackers penetrated the computer network of the Democratic National Committee and gained access to all opposition research on Republican presidential candidate Donald Trump, the committee and security researchers said on Tuesday.

“When we discovered the intrusion, we treated this like the serious incident it is …,” Wasserman Schultz said in a statement. “Our team moved as quickly as possible to kick out the intruders and secure our network.”

The intrusion is emblematic of the sophistication of Russian hackers, who intelligence officials have long viewed as the most talented of U.S. adversaries in cyberspace.

So if they’re the most advanced that we know of, why couldn’t we stop them? Or better yet, what did they take?

Two separate groups were able to enter the DNC’s system and read email and chat communications, according to the committee and CrowdStrike, the cyber firm that helped clean up the breach. 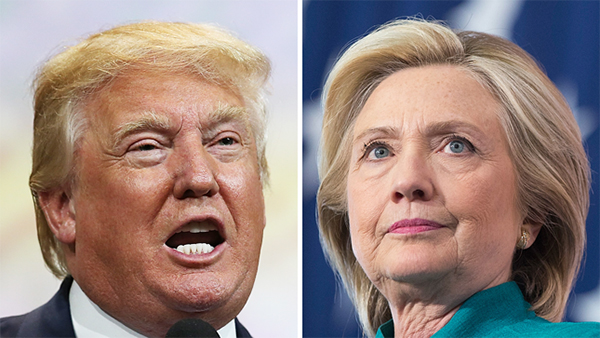 The first, which CrowdStrike named Cozy Bear, entered the DNC’s systems last summer, according to the firm. It primarily monitored email and chat conversations and may be working for Russia’s Federal Security Service, or FSB, Alperovitch said.

FSB was once run by Russian President Vladimir Putin.

The second group, nicknamed Fancy Bear, is probably working on behalf of Russia’s military, Alperovitch said. It gained entry in late April and “went straight to the oppo research specifically on Donald Trump and exfiltrated some of it,” he said.

Alperovitch added that both groups were among “the best threat actors that we’ve ever encountered” but that they appeared to not be working together.

Cyber attacks against political candidates and organizations are common worldwide. U.S. National Intelligence Director James Clapper said last month he was aware of attempted hacks on campaigns and related organizations and that he expected to see more as the November presidential election nears.

I don’t know about you, but I’m pretty sick of the Democrats being in charge of our countries digital security. They’re clearly not doing a proper job to keep us safe if other governments can hack in to our databases and take whatever they want. Why not just GIVE them the nuclear codes, Hillary.

If you’re sick of the Dems, let’s hear it in the comments.

For more information on this story, read more here…