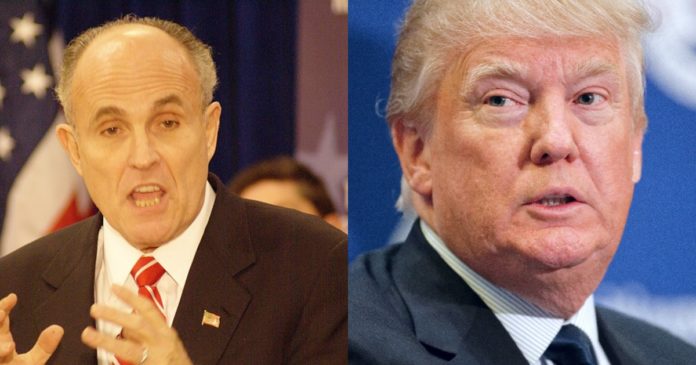 He admitted on Fox News that President Trump personally reimbursed Michael Cohen, his personal lawyer, for the hush money funneled to Daniels to in 2016.

“They funneled the payment through [Cohen’s] law firm,” Hannity replied.

“Funneled it through the law firm and the president repaid it.”

Giuliani’s words contradict Trump’s statements. Trump previously said that he had no idea that a payment was made. Cohen also said previously that he was never reimbursed.

Cohen is currently under federal investigation. Last month, Cohen’s home and office were raided. If he truly made the payment on his own with no input for Trump, it could be construed as a campaign finance violation.

Admitting that Trump knew about the payment doesn’t absolve him of difficulties. The left will argue that Trump made the payment to help his campaign, and therefore he should have declared it.

“We predicted months ago that it would be proven that the American people had been lied to as to the $130k payment and what Mr. Trump knew, when he knew it and what he did in connection with it,” Daniels’ lawyer Michael Avenatti wrote on twitter

“Every American, regardless of their politics, should be outraged…by what we have now learned. Mr. Trump stood on AF1 and blatantly lied. This followed the lies told by others close to him, including Mr. Cohen. This should never be acceptable in our America. We will not rest until justice is served.”

The matter has become more serious than it seemed at first.