Oh Mitt, you just don’t get it.

For those of you that are suckling at the teat of the GOP (coughMittRomneyTedCruzJohnKasichcough), you should really wake up and get behind Trump. Yes, yes, we’ve been singing his praises since day 1, but the point is the people have spoken. If you go against what the people want, they’ll never trust you again in any capacity.

And on that note, NO ONE should trust Mitt Romney every again. He’s been secretly plotting to have someone run as a 3rd party candidate to specifically take Trump out and no one knew about this! 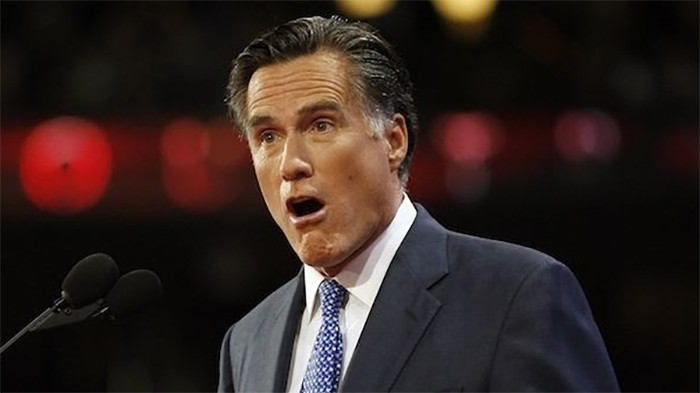 Mitt Romney is no longer pursuing an independent candidate to challenge likely Republican nominee Donald Trump, and he doesn’t plan to run himself, according to a report today.

Romney allies told Yahoo! News that the former GOP presidential nominee and former Massachusetts governor “remains hopeful someone will emerge” in opposition to Trump but is dropping his efforts to recruit another candidate to jump into the 2016 race to play spoiler to the billionaire’s presidential ambitions.

But those leads have mostly dried up, according to the report.

And while Romney remains “motivated to help the ‘stop Trump’ cause,” a person involved in the stop-Trump discussions said that Romney is not calling or emailing any of the people who are still considering a run. A few potential candidates remain, the source said, although none at the moment are “live prospects.”

“He thinks someone should run. That’s his role. That’s the beginning and end of it,” the Romney adviser said. “Is he organizing it? No. But he has talked to people who have thought about it.”

The biggest criticism of Romney’s third-candidate mission was that it would make it difficult for anyone other than likely Democratic nominee Hillary Clinton to take the White House.

Looks like that backfired in your face! HAHA! Give it up Mitt, you’re washed up. And now no one will trust you. Who do you think you are? Go home and never return.