Hillary just can’t keep her hand out of that Muslim cookie jar, now can she?

When the Orlando shooting happened, Hillary and Bill Clinton went on the offensive to denounce the terrorist. When they saw that Trump was gaining ground by calling it like it was (Islamic terrorism), then they doubled down and went for broke with Hillary’s speech about what she’d do with ISIS. If it’s anything like what she did with Libya, I won’t hold my breath to have this resolved any time soon.

However, the Democrats are hard at work making themselves out to be the champions of inclusion and tolerance, especially as the LGBT community suffered such a direct shock in this attack, but as always, the facts get in the way. It turns out that the Clinton Foundation, that shill organization that funnels illegitimate funds into the Clintons’ pockets, has received millions of dollars from Muslim countries – the same Muslim nations that execute gays as a matter of public policy.

Say what you want about Christians here at home, but there’s no Christian politician in this country that would ever propose a bill that would harm any person with an alternative sexual preference. See, that’s the difference with America, and it’s the reason why Democrats are nothing but lying sleazeballs trying to get your vote, then make themselves rich on the tears of the ones they’re sworn to protect. It’s absolutely disgusting. 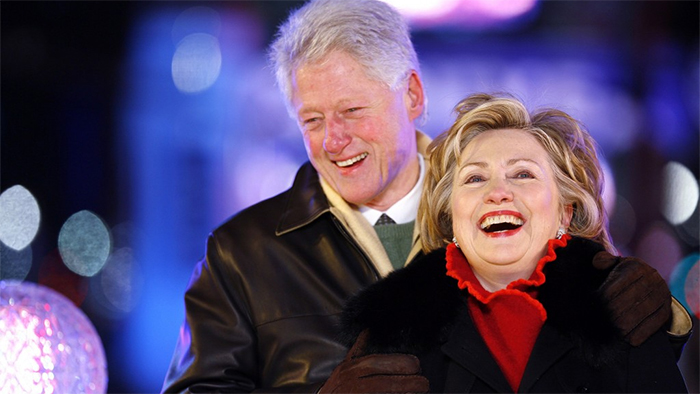 The Clinton Foundation has accepted millions from Middle Eastern and other foreign governments that criminalize homosexuality – but prominent gay rights groups in America have stayed silent on the apparent disconnect between Hillary Clinton’s rhetoric and the donations.

The presumptive Democratic presidential nominee frequently talks about her support for the LGBT community, while ripping what she describes as discriminatory policies in the U.S.

But published reports and figures provided by the Clinton Foundation on its website show the group has accepted millions from countries that prosecute and imprison gay people – and worse. The following is an overview of those contributions, as well as policies from donor nations as detailed by the International Lesbian, Gay, Bisexual, Trans and Intersex Association (ILGA).

“The Clinton Foundation probably should have to give the money back because they shouldn’t take money from these totalitarian countries that punish and torture and execute gay people for being gay,” said Matthew Vadum, vice president of the Capital Research Center, which analyzed donations to the Clinton Foundation.

You’d think that with the strong voices of LGBT advocacy in the Democratic party, they’d be up in arms and picketing Hillary’s campaign, right? Wrong. They didn’t care. It’s almost like they ignore anything that’s not propelling their ultra-PC narrative, no matter how many of their own get hurt.

Fox News contacted more than a half-dozen prominent gay rights organizations including The Human Rights Campaign; GLAAD; the International Gay and Lesbian Human Rights Commission; the Los Angeles LGBT Center; and the Gill Foundation. None would comment on what critics consider Clinton’s hypocrisy, promising to protect gay rights while enriching her foundation by promoting ties with repressive governments that violate those rights.

Halvorssen said these governments are “essentially buying their way into the good graces of someone who could be the next president” and underscored the disconnect with Clinton’s message on the campaign trail.

“The Clintons constantly talk about how they are friends and allies of the gay community, yet here they are receiving tens of millions of dollars from governments that actually execute people for being gay,” he said.

Foundation representatives did not return calls or emails asking if the organization had any future plans to decline contributions from regimes that repress gay rights.

“It doesn’t make any sense to me and I think people are starting to realize it’s internally contradictory,” Vadum said. “The hypocrisy lies in the fact that Hillary Clinton’s foundation takes money from countries where gay sexual acts can be punished by death or by flogging or by other nasty punishments. And so it doesn’t make a lot of sense to get upset about comparatively trivial problems here in America that gays face compared to death and torture and dismemberment as they experience every day in countries where Islamic and Sharia law prevail.”

And then they have the audacity to paint Trump as the violent one. At least he’s not taking in millions from murderers as a politician that swore an oath to serve and protect the people of this nation. I can’t wait until they’re nothing but a political memory. Is it November yet?