Here’s the proof you all wanted when it comes to the debates and Trump getting booed.

If you’ve been watching each and every debate the same way we have, you’ve noticed a disturbing trend. Every single time Trump speaks, he’s either met with applause or, in more cases, boos. This seems to be a strange occurrence given that Trump is leading pretty much every poll in the country. So what gives?

Well, Trump has called out Jeb Bush during the debate prior to this most recent one over the past weekend. Trump said that everyone booing him in the audience were people who Jeb put there and were in his interests groups.

Well turns out that might not be so far fetched and it even extends to all his other GOP rivals! 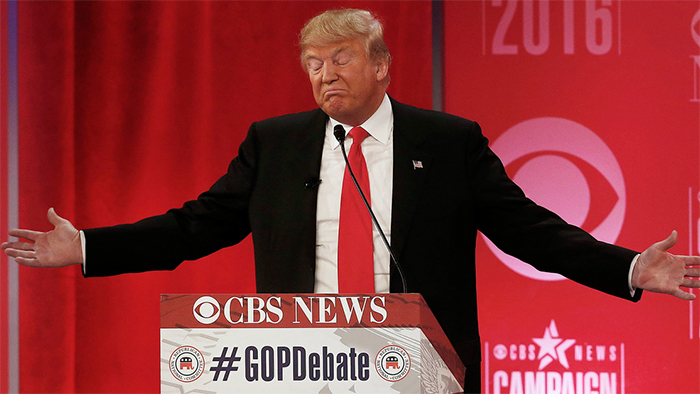 As such, the same appears to have been true party-wide. One well-placed source who works for one of the GOP presidential campaigns and was in attendance at the debate on Saturday evening here—but was not authorized to speak on record about the matter—told Breitbart News that Sen. Lindsey Graham (R-SC)and South Carolina Gov. Nikki Haley were personally given scores of tickets to distribute. Both despise Trump and have said so publicly–Haley even using the platform of the official GOP response to the State of the Union to do so–and it would be no surprise if they did aim to stack the audience with anti-Trump sentiment.

Is it just me or is Trump more and more right every time he accuses someone of something? I don’t think he’s been wrong about a single thing this election. Trump 2016!