Planned Parenthood is going down and we couldn’t be happier!

In Texas, 5 Planned Parenthood centers were raided and closed, but for purposes not associated with the alleged baby body parts scandal from a few months ago.

Nope, this time they are being cited on Medicaid fraud. Yup. Good old fashioned criminal behavior. 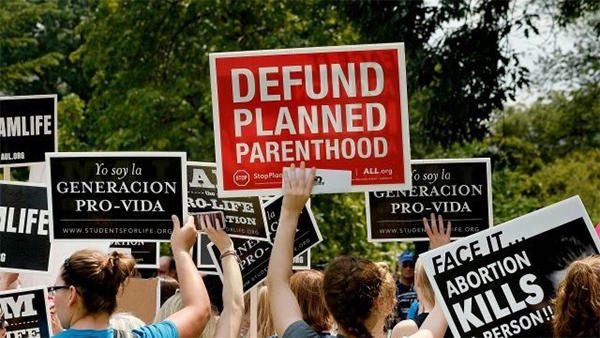 The raids were carried out at Planned Parenthood health centers in Houston, Dallas and San Antonio by representatives from the Texas Office of the Inspector General.

What they did was circumvent the entire system.

Texas, the most populous Republican-controlled U.S. state, said it would launch a probe of Planned Parenthood after the release of videos in July by anti-abortion activist group Center for Medical Progress in which a Planned Parenthood official is seen talking about transactions involving fetal tissue.

In a letter to Planned Parenthood clinics in the state this month, Texas health officials said all funding from Medicaid, the government healthcare program for the poor, was being cut because of what it characterized as program violations captured on the videos.

Thus, with no funding they found other ways to get the money and now they’re being called out. Good for Texas for taking down such heinous acts of human indecency and criminality.