Breaking news out of Boston right now where a plane en route from London has landed with a passenger detained for attempting to open an exit door during the flight.

We are unsure of the circumstances with which this woman became agitated enough to attempt this brazen act, but given the events of the past 4 days, no one was taking any chances. 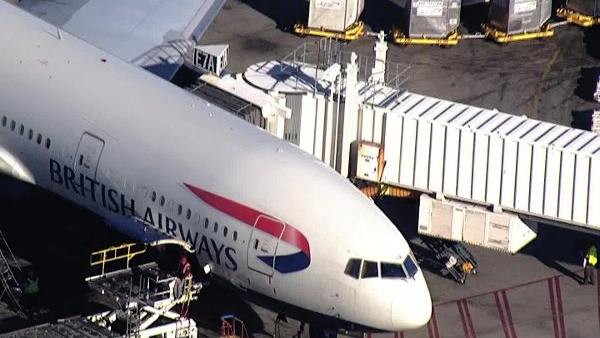 Here is the story from Fox News:

A female passenger aboard a British Airways flight that departed from London on Tuesday morning had to be detained after she allegedly tried to open an exit door during the flight and had to be restrained, Massachusetts State Police said in a tweet.

The passenger, who was not immediately identified, was met by law enforcement upon the plane’s arrival at 1:30 p.m. at Boston’s Logan International Airport.

Fox also reporteed the cockpit was secured before the plane landed. No word on if there were any air marshals aboard to aid in the capture of the woman.

Check back here for more details as we get them.