They say that mental illness is not a hereditary condition, but in the case of Omar Mateen and his father, it might not hold true. In case you haven’t heard, the sick, twisted, and cowardly Omar Mateen, a devout Muslim who pledged his allegiance to ISIS, went into an Orlando, Florida gay night club and opened fire killing 49 people and severely injuring 53 more. It is now the largest mass shooting in U.S. history and you can see full details of the shooting in our articles here and here.

Now we’re getting more information about the shooter and, just as importantly, his family. If you raise a child properly, they will not have these tendencies. That’s not opinion, that’s medical fact. Well, turns out that Omar’s father, Seddique Mateen, may have not raised him in an environment that was devoid of terrorist and anti-west thinking.

Yesterday after the shooting happened, Seddique said that they were taking full responsibility and were absoutely shocked about what happened. Well, after seeing this, you may be shocked to know that Seddique himself could be to blame for Omar’s radical Islamist tendencies. 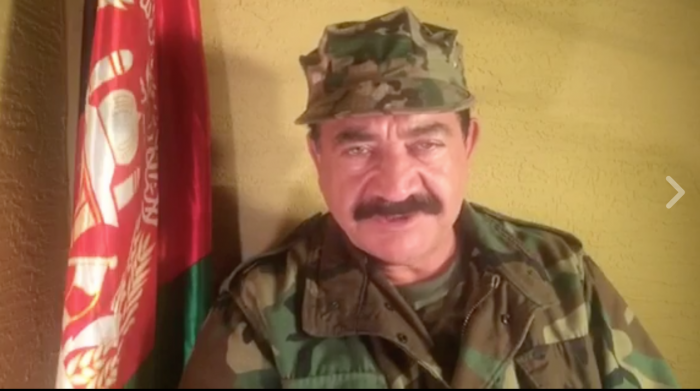 Seddique Mateen, who has been referred to as Mir Seddique in early news reports, hosted the “Durand Jirga Show” on a channel called Payam-e-Afghan, which broadcasts from California. In it, the elder Mateen speaks in the Dari language on a variety of political subjects…

In one video, Mateen expresses gratitude toward the Afghan Taliban, while denouncing the Pakistani government.

“Our brothers in Waziristan, our warrior brothers in [the] Taliban movement and national Afghan Taliban are rising up,” he said. “Inshallah the Durand Line issue will be solved soon.”

Yup. THAT Taliban. The radical Islamist terror organization that was once run by Osama Bin Laden and claimed responsibility for the 9/11 terror attacks.

Seddique Mateen also claims to be the current president of Afghanistan, which is highly insane. In the video about his presidency, The Washington Post noted some odd irregularities.

“Mateen appears incoherent at times in the video, and he jumps abruptly from topic to topic. His use of Dari, instead of Pashto, the language of Pashtuns, was another strange element of his presentation, given that he is discussing issues of Pashtun nationalism.”

Not only that, but he also still posts regularly on social media and called for the imprisonment of many Afghan leaders under the pretense that it was his will as president. Here’s the video.

So not only is this man delusional, he seems to have a radical and far fetch ideology that’s rooted in fantasy. Seddique said that he son commited this act of terror ad murder becuse “he saw two gay men kissing on the streets of Miami.” That may be partially true, but there should also be blame put on Seddique for raising Omar in an environment that not only was a fantsy land, but one that was rooted in radical Islam and praised the Taliban.

Seddique Mateen should be held equally responsible for Omar’s actions as this is how he was raised: to believe that Islam is the only way the world should work. Anyone with a right mind knows that Islam isn’t the answer to anything except murder and terror.