That’s why when a group of liberals in the United Kingdom proposed a travel ban, banning Trump from the country indefinitely (because of his views on issues), Trump responded in the only way Trump can – directly. 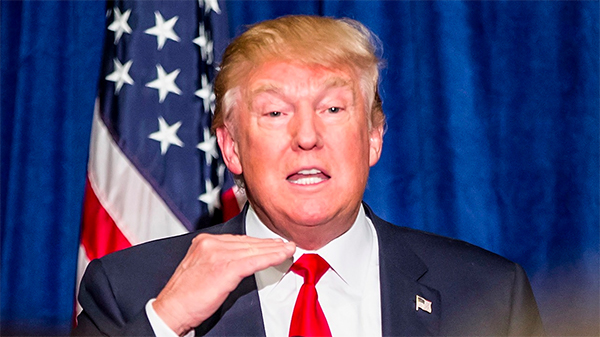 Republican presidential candidate Donald Trump has threatened to cancel over 700 million pounds ($1 billion) of planned investments in golf courses in Scotland if Britain slaps him with a travel ban.

The threat from Trump, owner of two golf courses in his mother’s homeland of Scotland, comes as British lawmakers prepare to hold a debate on a petition signed by over half a million people calling for him to be barred from the country after his proposal to stop Muslims entering the United States.

The debate will be held on Jan. 18 but will not be followed by a vote. Only interior minister Theresa May can issue an order banning entry into Britain and Prime Minister David Cameron has said he does not favor barring Trump.

The Trump Organization said in a statement that a ban would result in him pulling developments worth 500 million pounds at a golf complex in northeastern Scotland, and a 200 million pound revamp at a resort in the country’s southwest.

“Any action to restrict travel would force The Trump Organization to immediately end these and all future investments we are currently contemplating in the United Kingdom,” the group said in a statement.

You hear that, anti-Trump whiners? Money talks, BS walks. I can’t wait until he’s President and can set everyone straight!