Obama is as blind as ever. As momentum builds for the Iran nuclear deal, and Obama secures the votes he needs to win the deal’s safe passage into legislation, Iran is crossing it’s fingers behind it’s back and making a mockery of the deal itself.

First came the news that Iran wouldn’t allow U.N. inspectors into their nuclear sites and would be doing the inspections themselves. Basically setting up a take-our-word-for-it sutiation. Not ideal with a country that has killed many Americans in the past. Now comes this news. 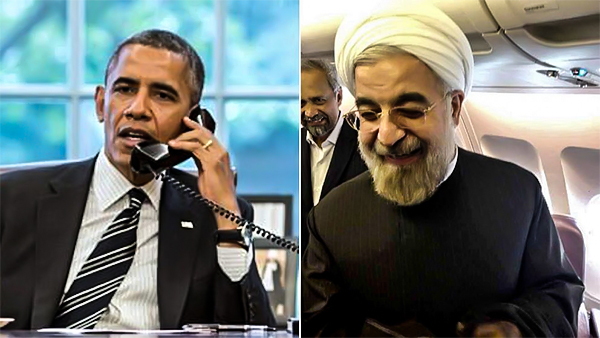 Even as President Obama was securing the Senate support necessary to assure passage of the nuclear deal with Iran, Tehran’s top defense officials were scoffing at U.S. claims the pact will restrict the Islamic Republic’s military ambitions.

The president has been twisting arms and Secretary of State John Kerry reassuring lawmakers that the deal between Iran and the P5 +1 – members of the UN Security Council plus Germany – will ensure international inspections and bar Iran from ever developing nuclear weapons. This week, Sen. Barbara Mikulski, D-Md., became the 34th member of the Senate to back the controversial and unpopular deal, meaning that if it is defeated in a vote as expected, Obama will have enough support to sustain his certain veto. But Iran’s military brass has answered the U.S. nose-counting by thumbing their nose at America.

‘Iran does not plan to issue permission for the [International Atomic Energy Agency] to inspect every site,’ Iranian Defense Minister Brig. Gen. Hossein Dehqan told Al Mayadeen News Wednesday. ‘U.S. officials make boastful remarks and imagine that they can impose anything on the Iranian nation because they lack a proper knowledge of the Iranian nation.’

On the same day, a top Iranian general told troops preparing for a massive military drill involving up to 250,000 men that ‘the U.S. and the Zionists should know that the Islamic Revolution will continue enhancing its preparedness until it overthrows Israel and liberates Palestine.’

Sounds like a peaceful resolution to me! Oh wait, not it doesn’t. It’s just more of the same from a nation that calls America “The Great Satan.” Thanks liberals! How does it feel snuggling close in the bed you’re in with Iran?