Somehow I’m not surprised, but this is way more than I though it’d be.

U.S. pilots have confirmed this morning that president Obama blocks 3/4 or more of all ISIS air strikes. The pilots said that when asked for clearance to drop their payloads, they are more often than not waved off. How can this be? Putin’s been taking out the troops and we’ve been taking out the oil trucks and other installations helping to cripple their money flow and their capabilities right? 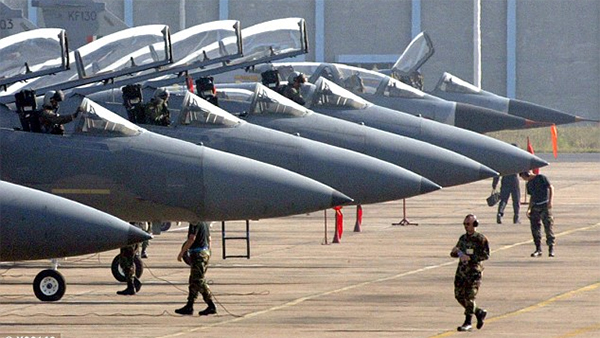 Strikes against the Islamic State (also known as ISIS or ISIL) targets are often blocked due to an Obama administration policy to prevent civilian deaths and collateral damage, according to Rep. Ed Royce (R., Calif.), chair of the House Foreign Affairs Committee.

Ah so we still were hitting targets a bit beforehand right? You know, in advance to block ISIS from recruiting and making headway, right?

The policy is being blamed for allowing Islamic State militants to gain strength across Iraq and continue waging terrorist strikes throughout the region and beyond, according to Royce and former military leaders who spoke Wednesday about flaws in the U.S. campaign to combat the Islamic State.

‘You went 12 full months while ISIS was on the march without the U.S. using that air power and now as the pilots come back to talk to us they say three-quarters of our ordnance we can’t drop, we can’t get clearance even when we have a clear target in front of us,’ Royce said. ‘I don’t understand this strategy at all because this is what has allowed ISIS the advantage and ability to recruit.’

Oh. Well then. Obama, once again, you’ve missed the point of this whole war and put more American lives at risk. And I say war because, let’s be honest here, we are at war with ISIS. The whole world is. You had the opportunity to snuff out and help dismantle ISIS before it got rolling, and you did nothing. As usual. Obama you will certainly go down as the worst and most cowardly president in history. Congratulations, you’re useless.