This should be a funny post, but this is serious. I can’t believe this is actually a thing.

In a turn of events that are the absolutely height of hilarity, illegal aliens now have an ever growing list of demands for the U.S. government.

It’s loosely based on the bill of rights most basic 10 amendments. And by based on, I mean it has 10 demands. Other than that, it’s complete bunk. 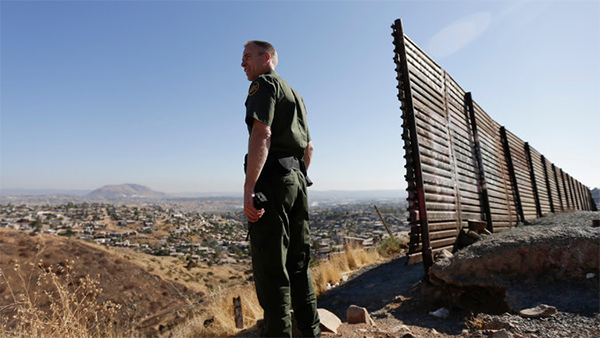 Here is the list in it’s entirety, courtesy of Western Journalism:

What they list as their first right is for illegal immigrants to not be called ‘illegal’ or ‘alien.’ The document states: “Acknowledgement that we are already here, that we are human beings with a right to be, that our mere presence cannot be deemed illegal or our existence alien.”

The second in the list demands that illegal immigrants be treated with dignity and respect.

Their third “right” consists of being guaranteed a path to US citizenship. It reads: “Recognition of our right to be presented with a path to citizenship/residency as the first priority of future immigration policy combined with interim deferment of all law-abiding Undocumented Americans against detention and deportation.”

The fourth “right” demands US birth certificates for illegal immigrants’ children born in the US.

In the sixth “right,” they demand access to free US public education and also in-state tuition rates for public colleges and universities.

In their seventh “right,” they demand a “guarantee of wage equality” for illegal immigrants.

The eighth “right” affirms their “right” to humanitarian treatment, including medical care.

The ninth “right” says that illegal immigrants should not be deported after reporting crimes.

The tenth “right” says that illegal immigrants should be ensured by the US government of the Declaration of Independence’s rights to life, liberty, and the pursuit of happiness.

There’s a problem with this list and it starts with the first item. Yes, you are here, but you are here because you broke the law of the nation you wish to stay in. Therefore, by definition of the word “illegal,” in literally every language in the world, you are a criminal and shouldn’t be allowed to stay. It’s just plain old common sense.

On my knees, praying for Trump to come and sort out this mess!