Our do nothing president is at it again. Or not at it, as the case may be.

Obama, it seems, loves to sit on his hands whenever he or America is threatened in any capacity. A total wuss, Obama has never once responded in kind to a legitimate threat.

North Korea has once again threatened the U.S. with bona fide nuclear war, yet Obama continues to sit idly by and does nothing to even consider the threat. This is a grave error. 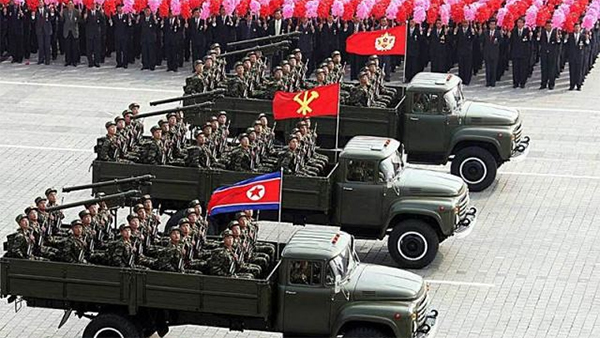 North Korean leader Kim Jong Un ordered his country to be ready to use its nuclear weapons at any time and the military to be in “pre-emptive attack” mode in the face of growing threats from its enemies, state media said on Friday.

The comments, carried by the North’s official KCNA news agency, marked a further escalation of tension on the Korean peninsula after the U.N. Security Council imposed harsh new sanctions on the isolated state for its nuclear programme.

North Korea, known for belligerent rhetoric, has previously threatened pre-emptive attacks on its enemies, including South Korea and the United States. Military experts doubt it has yet developed the capability to fire a long-range missile with a miniaturised warhead to deliver a nuclear weapon as far as the United States.

NK is testing missiles off the South Korean coast and Obama and his administration hasn’t done a damn thing. Where’s Trump?! We need him to wipe these morons off the map!