Oh Obama. When will you learn that you are the biggest contradiction in the book.

As the Obama Presidency winds down (FINALLY), we find out more and more every day about just how poor a President he really was. Corruption, false promises, and a failing healthcare system are just 3 of the many failures he gave us. Now, we’re learning of another one. We know all about Obama’s lavish trips abroad on the American tax payer’s dollar, but back in ’08 he preached environmental consciousness and the need to reduce our carbon footprint. This was seen in his 54.5 MPG mandate for all automakers by the year 2025. Well that might be all well and good, but we now know that he is the largest Presidential polluter this country has ever seen. 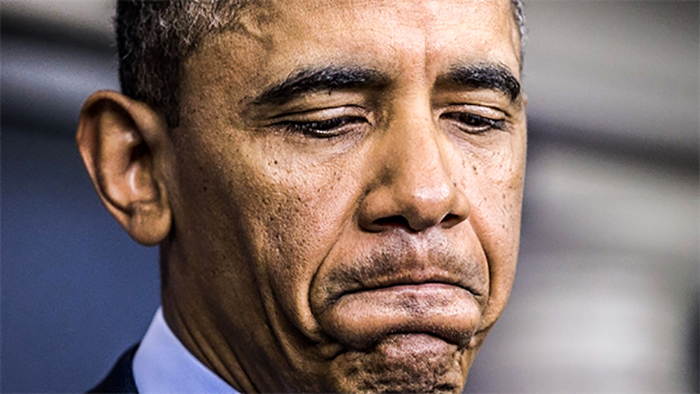 President Obama once “ruefully” admitted to staff that he personally is the planet’s largest source of carbon emissions, according to an anecdote published in The Atlantic.

The brief aside was mentioned by author Jeffrey Goldberg in a passage about the burden of Obama’s worldwide travel arrangements.

With that, Obama stood up and said, “Okay, gotta go.” He headed out of his office and down the stairs, to the red carpet and the honor guard and the cluster of Malaysian officials waiting to greet him, and then to his armored limousine, flown to Kuala Lumpur ahead of him. (Early in his first term, still unaccustomed to the massive military operation it takes to move a president from one place to another, he noted ruefully to aides, “I have the world’s largest carbon footprint.”)

Yet another failure and contradiction by the worst President in American history. 2017 cannot come soon enough.