This is probably the biggest bit or irony you’ll ever read in your entire life. No, that’s not a joke.

Donald Trump has been absolutely thrown under the bus by every Liberal under the sun for his border wall plan. It’s even reached president Obama show called the border wall foolish and ill conceived.

We here at Yes I’m Right think the border wall is a great idea and something that is needed to help strengthen our borders as it’s not just illegal immigrants we’re trying to keep out.

So imagine our surprise when president Obama orders the walls around the White House to be raised by 5 feet. Apparently there’s been an increase in the amount of wall jumpers on to the WH lawn. And Trump just stuck it to Obama in the funniest, yet most appropriate way imaginable! HAHA! 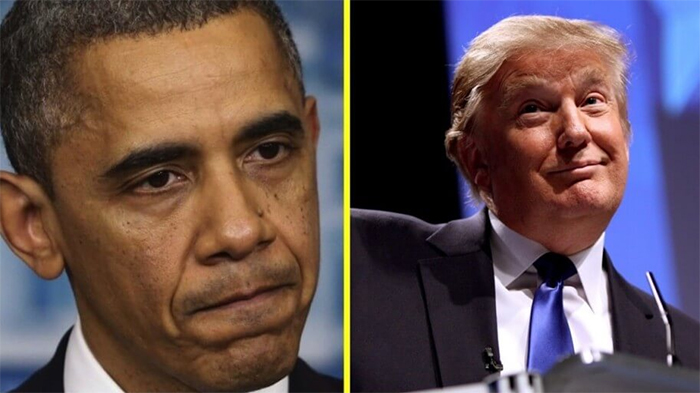 Republican presidential front-runner Donald Trump on Thursday seized upon news that the White House would be raising the height of its fence, to promote his plan to build a wall along the southern border.

The move by the Secret Service is in response to a series of fence-jumpings in the past year. One man who was carrying a knife made it inside the building before being stopped by officers.

Trump’s signature policy proposal is to build a wall along the southern border to keep out illegal immigrants.

Here’s the hilarious and true post by the Donald himself.

That’s just awesome. I mean that’s EXACTLY what Trump is trying to do! Strengthen the border so people can come into our country legally, the right way.

Share if this didn’t only give you a laugh, but if you think it’s true!