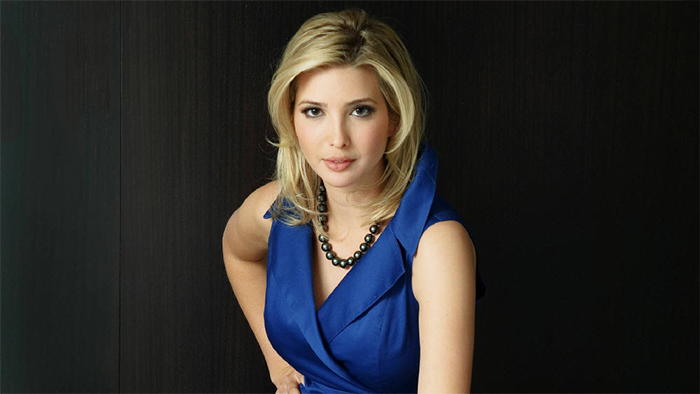 With the election of Donald Trump, the White House got more than just a President and First Lady, they got a big first family. Kids, kids-in-law, grandkids, etc.

The most high profile of which have been the President’s oldest daughter, Ivanka and husband Jared Kushner. The two have taken on roles as advisors to the President, each specializing in their own issues that they feel should be addressed.

Ivanka has, for some reason, come under all sorts of scrutiny for working in the West Wing of the White House, despite her business successes and Ivy League education. Somehow, the liberals still think that we should be against the President having a family member on his staff. Given, they are far from the first White House staffer to share DNA with the sitting President, but the liberals on the war path never tend to let the facts slow them down.

The First Daughter’s recent appearance on Fox and Friends was for some reason overly inflammatory to liberals, considering that she didn’t give an inch when asked about Comey’s testimony before the Senate, or on the other issues that the President and his staff have been addressing in recent weeks. She did, however, talk a little about the unexpected difficulties of living in such a hot spotlight.

Ivanka Trump appeared on Monday’s airing of “Fox & Friends” and was excoriated by New York Post columnist John Podhoretz, who called her a “filthy liar.”

Speaking about working in the White House, Ivanka admitted that working alongside her father, President Donald Trump — who is widely criticized by the left — is difficult.

She added, “Some of the distractions and some of the ferocity, I was a little blindsided by on a personal level. For me, I’m trying to keep my head down and not listen to the noise and just work really hard to make a positive impact.”

Despite her polite and kind demeanor, positive uplifting attitude and kind way she presented herself, some still found ways to take cheap shots at her.

While I hope you notice not only the violent and aggressive nature of the attacks, you’ll also see that none of what is being said about her is actually anything she is guilty of. He’s got a problem with some comments he believes her father made, and the fact that she was born with round instead of flat hair follicles (aka, straight hair).

(The Blaze) Podhoretz, however, accused Ivanka of being a “filthy liar” in a tweet that slammed both her and her father.

The 56-year-old Podhoretz also mocked 35-year-old Ivanka over her appearance.

In a second tweet, Podhoretz added, “Ivanka’s hair on Fox and Friends looked like it went through a pasta roller.”

Well, that’s a progressive way to be angry with women; her appearance and the things that her dad says. I get that they don’t agree with everything the President says and does, and neither does his daughter. However, she’s gotten a unique opportunity to influence some of his policies and cast her vote toward the issues that she finds important. I’m not sure why anyone thinks that she should give that up just because they don’t agree with everything he does.

Ivanka Trump-Kushner is doing what she can where she is with what she has and if you’ve got a problem with that I guess you can join the club, it sounds like they have regular meetings and serve lemons and pickle juice.