Don’t listen to Obama. He’s a flat out liar.

This is why Trump wants to strengthen our borders. This right here. According to a report from Judicial Watch, we have confirmation that the Mexican drug cartels are attempting to work with ISIS to smuggle ISIS terrorists across the border and into the U.S. to carry out terrorist attacks!

These terrorists are essentially scouts who hop back and forth over the border, eyeing targets within U.S. borders to attack and destroy. Here’s everything we know so far. 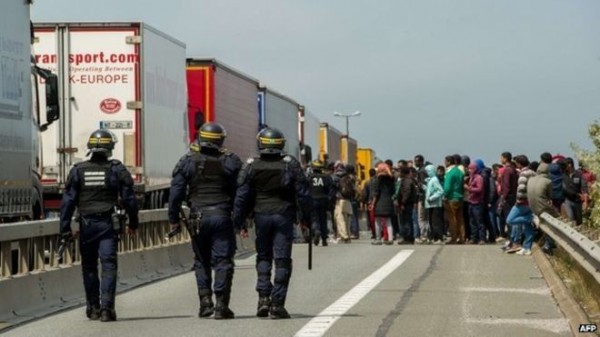 Mexican drug traffickers help Islamic terrorists stationed in Mexico cross into the United States to explore targets for future attacks, according to information forwarded to Judicial Watch by a high-ranking Homeland Security official in a border state. Among the jihadists that travel back and forth through the porous southern border is a Kuwaiti named Shaykh Mahmood Omar Khabir, an ISIS operative who lives in the Mexican state of Chihuahua not far from El Paso, Texas. Khabir trained hundreds of Al Qaeda fighters in Pakistan, Afghanistan and Yemen and has lived in Mexico for more than a year, according to information provided by JW’s government source.

And Obama is letting this happen right in our own backyard!

This disturbing development appears on the Open Source Enterprise, the government database that collects and analyzes valuable material from worldwide print, broadcast and online media sources for the U.S. intelligence community. Only registered federal, state and local government employees can view information and analysis in the vast database and unauthorized access can lead to criminal charges. Updated data gathered on Khabir reveals he’s 52 years old and was ordered to leave Kuwait about a decade ago over his extremist positions. Khabir is currently on ISIS’s (also known as ISIL) payroll and operates a cell in an area of Mexico known as Anapra, according to the recently obtained information.

This is why we need a wall. This is why we need to secure our border. It’s not racist when we’re also trying to keep out TERRORISTS who want to kill us. Unless the Liberals think it’s racist to not be blow up anymore. Which I wouldn’t put past them at this point.