Remember when Muslims tried to establish Sharia Law in Texas? If you don’t, here’s our article on them getting shut down.

Well, guess what? It’s happened again and we can chalk up another win for America and freedom and a loss for stone-age religions and backwards ideologies.

As radical Muslims try desperately to take over our country and get Sharia Law up and running, Irving Texas Mayor Beth Van Duyne has told them that they don’t have a chance, and don’t have a clue. 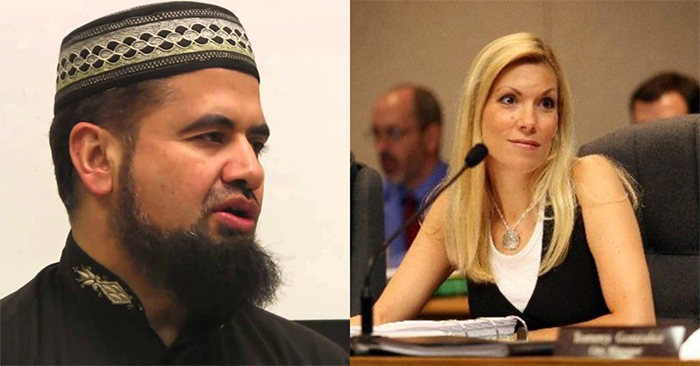 The group of Muslims who attempted to establish the first Islamic Sharia court inside the United States in the town of Irving, Texas just received a devastating blow thanks to the town’s mayor standing strong and not backing down.

Mayor Beth Van Duyne made a public Facebook post stating that she backs the new Texas law which prohibits any kind of foreign law from being practiced in the state of Texas.

After calls, threats and toddler-like demands to apologize from the Muslims who attempted to form the Sharia tribunal along with representatives from the Council on Islamic-American Relations, a known front for the Muslim Brotherhood, the mayor never once backed down.

Of course, Sharia Law doesn’t align with U.S. law because U.S. law is based in the real world with hundreds of years of precedence, trials, and laws that helped shape the codes of conduct of this great nation. Sharia Law is based on religious ideologies that include beheadings and burning people alive. Let’s be real – Which one sounds more reasonable here?

There were a multitude of illegal activities taking place behind the attempted formation of the Sharia court, including the fact that all four of the “voluntary” Sharia lawyers were not licensed to practice law in Texas — that’s a third degree felony.

The rules of the Sharia court had different guidelines for women and men, with typical Islamic humiliation tactics to be used against women, which is constitutionally illegal.

The Sharia court “lawyers” also conveniently failed to inform the city of Irving that they were operating a court inside of the town — again, illegal.

During the city vote to support the Texas bill, which passed by a 5-4 vote, members from CAIR were present, attempting to intimidate the crowd by alleging that the bill was “anti-Islamic” and used words like “bigotry” and “Islamophobia.”

The bill makes no specific reference to Islam or Sharia — it merely states that no foreign law is to be practiced in the state.

Just another attempt by Muslims to impose and bully their ideologies on America under the veil of “tolerance.” Another WIN for America!