As if things couldn’t get much worse on the Muslim front, it now seems as if they are setting up shops for their laws in the U.S.

But “not so fast!”, said one brave Texas mayor.

Not shockingly, Muslims aren’t happy they were shut down, because of course they aren’t. Why would they be when everyone doesn’t do as they say. 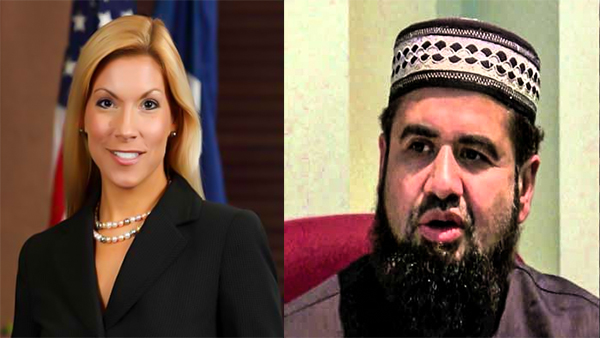 ‘This radical group of Muslims is not pleased with the Mayor of Irving, Texas after she put the end to America’s first ‘Sharia Court.’ Mayor Beth Van Duyne has accused mosque leaders of creating separate laws for Muslims, which is why the city voted to stop these supposedly ‘voluntary’ tribunals from operating.

In a very close 5-4 vote, the city of Irving ruled to back the Texas state bill banning foreign law from the state. The bill doesn’t mention Sharia or any religion, but it’s a huge defeat for Sharia supporters, as such courts are in violation of the U.S. Constitution.

All four of the ‘voluntary’ court’s lawyers were unlicensed in the state of Texas, a third degree felony. Mayor Beth Van Duyne received several phone calls on the matter. It seems that the Islamic Tribunal not only was unlicensed, but they failed to notify the city of their illegal court being operated in city limits. She promised to get to the bottom of it, and she did.

By their own website’s admission, if U.S. law conflicts with Sharia law, ‘we follow Sharia law.’ It also openly admitted separate rules for men and women in their proceedings, discriminating and humiliating women which is against the U.S. Constitution. The Islamic Tribunal also openly declared that they hope [this] will ‘set a precedence that will be emulated and duplicated throughout the country.’

Bravo I say! Keep standing up to these backwards people and ancient laws. They have no place in modern and civilized society, especially the U.S.