Whenever liberals talk about how we need to be more diverse and accepting of other cultures, they never talk about how other cultures have compulsory laws that infringe on the rights of free people. Case in point: when Air France female flight attendants were on the crew to Tehran, there was a conflict in which they were told to cover up, in accordance with Islam.

It didn’t matter that the flight attendants weren’t Muslim, what mattered to Iran was that people submitted to their will. Well, as it turned out, Air France gave a giant middle finger to Muslims by issuing a statement saying that they can opt out of doing that flight altogether. 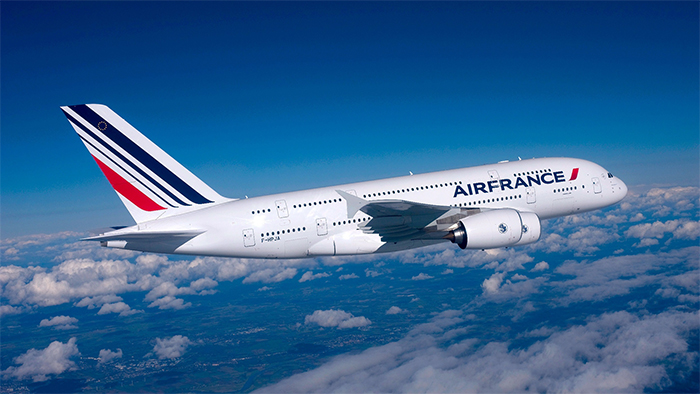 Air France said it would allow female cabin crew and pilots to opt out of flying routes to Tehran after some staff said they did not want to be forced to cover their hair when in Iran.

Air France, part of the Franco-Dutch group Air France-KLM, is preparing to restart flights to Tehran from April 17 after an eight-year hiatus due to sanctions.

After a meeting between Air France management and unions on Monday, the French carrier said it would offer female staff the choice of opting out of the flights.

Under Iranian law, women must cover their hair in public places. Unions had raised concerns over an Air France ruling obliging female crew to wear a headscarf on leaving a plane.

The debate on the wearing of headscarves and other religious symbols in public is particularly heated in France, which attaches importance to the separation of state and religious institutions.

“This obligation does not apply during the flight and is respected by all international airlines serving the Republic of Iran,” Air France said in a statement on Monday.

A spokeswoman for British Airways, part of International Consolidated Airlines Group, which is planning to restart flights to Iran from Heathrow on July 14, said it would make recommendations to its crew nearer the time.

Germany’s Lufthansa, which continued to fly to Tehran throughout the sanctions, said it had not experienced any problems and that crew followed the rules to cover up when in public spaces.

Nicoley Baublies, head of Lufthansa’s main cabin crew union, said some crew members had raised concerns, but not to the extent seen at Air France.

This is absolutely insane. Notice that Christian countries have none of this nonsense. Just sayin’