This has to stop! I cannot believe this!

It’s coming to the U.S. next everyone. At least that’s what Obama would like, I’m sure of it. In Germany, a Christian festival has been canceled due to everyone thinking that it would offend muslims.

Several schools in Germany have canceled an annual Christian celebration named after Saint Martin and replaced it with the more generic and secular “festival of lights” in consideration of the feelings of thousands of Muslims who’ve migrated to the country in recent days.

Germany joins the ranks of other spineless countries that have universally bowed to anything that has to do with muslim culture while muslims from all over the middle east ravage europe during the migratory crisis. Obama wants to let 100,000 muslim refugees into the U.s. each year, with no sign of letting in any Christian refugees at all. 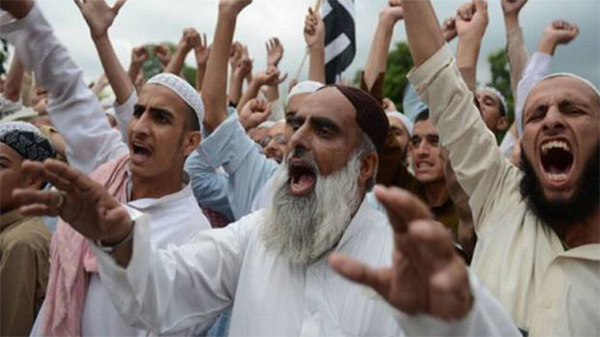 The Feast of St. Martin is held on November 11 each year to recognize a Roman soldier who was later baptized and became a monk. He’s known as a patron saint of the poor. The festival has been celebrated as a Christian tradition for decades.

No matter what, we have to stop giving in a bowing down to muslims at all costs! This will only lead to problems and sharia law becoming the law of the world! If you try not to offend everyone, you’ll always end up offending someone.
(Source: WND)
LIKE US ON FACEBOOK