The entire nation seems to be taking sides this week. And since we’re all expected to take sides, those sides have been clearly laid out for us by a caring and concerned media. Our choices are either side with ANTIFA or be a racist-bigot-sexist-puppy murderer.

Well, Mitt Romney’s mama didn’t raise no puppy murderer, and he made it clear that no matter what his party or President says, he’s taking no chances on who he sides with. He’s currently making all of us very happy that he never won any of that stuff that he ran for, and we don’t have to deal with a lot of his decision making affecting the rest of us. Because clearly, he’s a little deficient in the reasoning department.

No, not the same. One side is racist, bigoted, Nazi. The other opposes racism and bigotry. Morally different universes.

The fact that you view Antifa as moral and acceptable is beyond disgusting. No wonder you lost resoundingly in your presidential run.

Low blow, but an accurate statement for sure.

California a few months ago? It's all the same group. pic.twitter.com/aaSKMpJTUG

See, that’s just their bad side. Maybe we can look past the felonies just for now?

Republican icon Ann Coulter wasted no time weighing in on the subject. Here’s what she had to say:

The side that merely "opposes racism & bigotry" also led directly to the murder of 10 cops last year in Dallas, Baton Rouge & NYC. https://t.co/eJmjVHAw3Y

The side that "opposes racism & bigotry" shut down speeches by me, Heather MacDonald, @charlesmurray, Milo, violently, with masks & weapons. https://t.co/eJmjVHAw3Y

There are those pesky facts jumping up to shut down the liberal agenda as peddled by Mitt Romney. Coulter is making the point that every even mildly conservative American is thinking right now; maybe ANTIFA didn’t start this one, but it’s just because someone beat them to the punch.

That one was just for good measure. 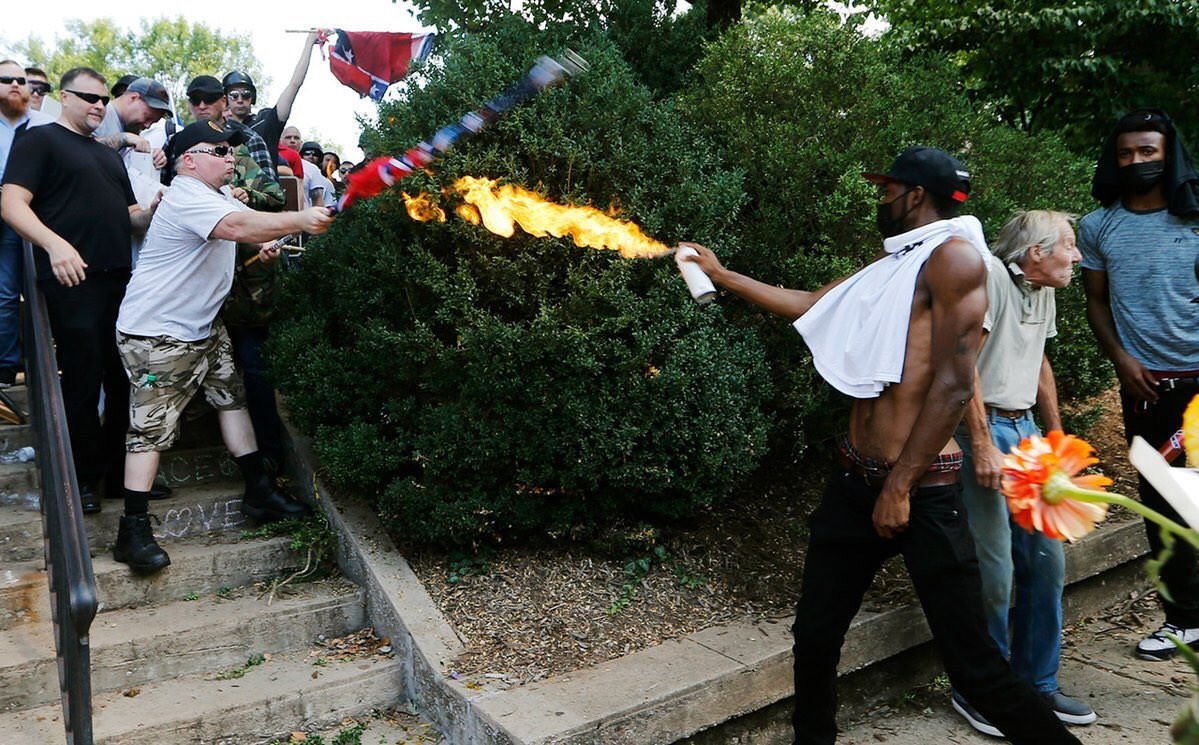 America has been put on something many call “the false horns of a dilemma”. That’s where someone convinces you that there are only two choices when there are really more than two. The media has boiled it down to two choices and if you don’t stand with BLM or Antifa they’re working overtime to say that you’re one of the KKK.

I’m not either one; I object to the violence. I agree that black people aren’t any less valued than white people, but I also agree that white people aren’t any less valued than black people. And I think everyone needs to get their privileged American rear ends off the streets and back home. Go read a book or write a letter to the editor of your local paper or play catch with your kids.

Killing people on the streets is never going to be the answer, no matter the political climate.