Michelle Obama will tell everyone that she helped make school lunches healthier. She’ll also tell you that she’s started a food and exercise revolution with her “Let’s Move” program. Turns out, it’s all a bunch of garbage.

Just so we’re all clear, the dishonesty of this administration and the liberals in general extends beyond just president Obama and Hillary Clinton. According to reports, the Obama administration covered up unfavorable statistics on the obesity rate, so make this program seem like a rousing success. 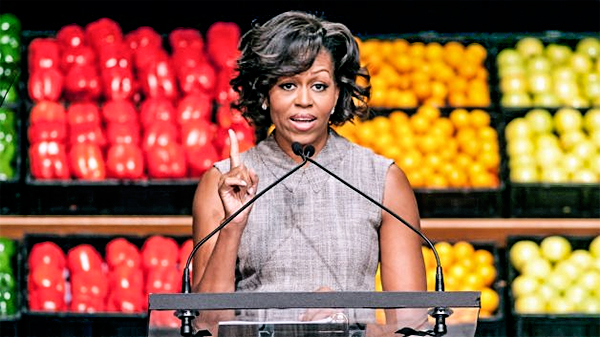 The Daily Caller seized on the information it obtained through a Freedom of Information Act request, particularly one online correspondence regarding a questionable interpretation of a 2014 Journal of the American Medical Association study.

According to its findings, the obesity rate in America has largely remained constant overall during the past decade, with some increases among elderly women and decreases among preschoolers. JAMA cautioned consumers of the report that the results are still under investigation and should not be considered final.

Easy enough to understand. Nothing final means that it shouldn’t be published or talked about in a favorable way right?

The White House, reportedly emailed both the Centers for Disease Control and Prevention and the Department of Health and Human Services with a direct request.

Instead of presenting an honest interpretation of the JAMA study, the Obama White House reportedly encouraged two federal agencies to ignore unfavorable aspects of the report while sharing only the positive news regarding kids younger than 5 years old.

Wow. Using the elderly and children’s data manipulation to further their agenda and misinform the American people. Incredible. Liberal morals have no bounds or shame.