Mesmerizing tales of selflessness and bravery have emerged from the aftermath of the Las Vegas massacre. Marine veteran Taylor Winston is being hailed as a hero for his astonishing display of courage. The 29-year-old saved the lives of the dozens of people.

Blood was everywhere. The screams of the frightened mingled with the whimpers and moans of the injured. It was a horrific scene, but Winston never forgot his military training.

“The shots got louder and louder, closer to us and saw people getting hit, it was like we could be hit at any second,” he told CBS News.

“Once we got to the fence, I helped throw a bunch of people over, and got myself over… It was a mini war zone but we couldn’t fight back.”

After he threw himself over the fence, he and his companions stumbled upon an empty truck with the keys still in the ignition. Instantly, he knew what he had to do.

“Jenn and I luckily found a truck with keys in it and started transporting priority victims to the hospital and made a couple trips and tried to help out the best we could until more ambulances could arrive,” Winston explained.

“There was just too many and it was overwhelming how much blood was everywhere.” 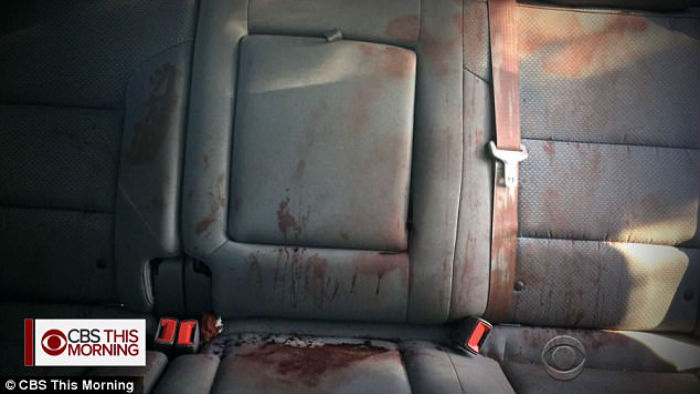 There weren’t enough ambulances in the city to deal with the scale of the disaster. Over 500 wounded people needed treatment at once. If regular, everyday heroes like Winston hadn’t transported victims to the hospital in personal vehicles, the death toll would have been a lot higher than 59.

“Proud of Taylor Winston, Jenn Lewis, and all those who selflessly put their own lives in danger to get others to the hospital in this horrific situation. May we all unite to help those injured and less fortunate rebound as quickly as possible,” Facebook user Kevin Blue wrote.