Many have questioned Trump in many different ways, but his faith might be the most controversial. Well go sulk in a corner if you were banking on him somehow ditching Christianity.

Trump’s campaign has confirmed that he will celebrate with one of the most religious and time honored traditions of attending a midnight mass. He’ll attend the mass in Palm Beach, Florida, the same place where he will ring in the new year via satellite with Fox News. 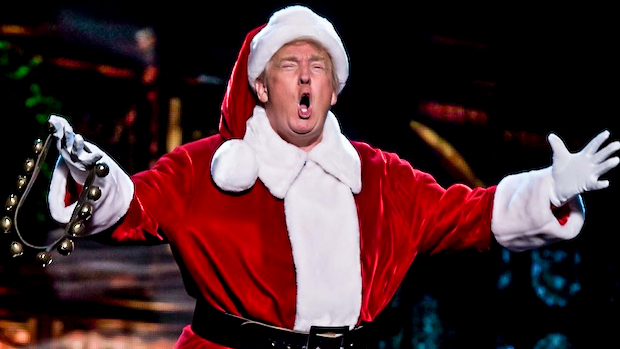 The entire Trump family plans to attend the 10:30 p.m. services at the Episcopal Church of Bethesda-by-the-Sea. Trump married his third and current wife, Melania, at the church in 2005.

Trump often spends the holidays at his residence at Mar-A-Lago in Palm Beach. On New Year’s Eve, Trump will appear via satellite from Palm Beach on Fox News in the 11 p.m. hour, the network announced this week.

If you’re in that area, you should attend to and pray with Trump. And also, possibly meet the man himself! God bless Trump and all of our readers this Christmas season!