Obama needs to check himself at the door because that’s what he needs to go out of. Seriously it’s getting ridiculous.

A shocking revelation brought to light by the Department of Homeland Security has shed light on how Obama and his administration treats muslims differently than Christians. Want proof? On October first, the Obama administration started it’s much known importation of Syrian refugees to the U.S. This would be fine if it were Christian refugees, but there is knowledge that the vast majority of these people are Muslims. 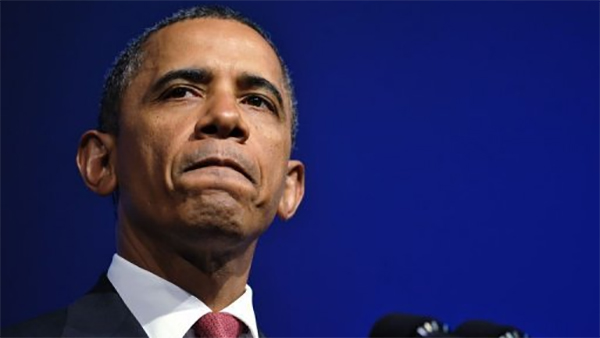 ‘We’ve gotten better at that over the last couple years,’ he said at the Association of the United States Army annual conference in Washington, ‘but it is a time-consuming process, and one of the challenges we will have is that we’re not going to know a whole lot about the individual refugees that come forward from the U.N. High Commission on Refugees for Resettlement and Vetting.’

This is completely and utterly terrifying given that ISIS has said that it’s using the exodus of Syrian refugees to plant terrorists around the world.

It does not help that, according to our own reporting, the government plans to speed up the immigration process for these 10,000 refugees. The usual two-year vetting period will be reduced to a matter of months and maybe even weeks.

Furthermore, Obama plans to increase this 10,000 number to 30,000 for fiscal year 2017, and the vast majority of these refugees will be Muslims. Apparently, Obama cares little about the Christians being persecuted in Syria.

And it doesn’t stop there. It’s also reported that the U.S. will let in 80,000 total refugees this year. We need a government that will properly vet and inspect each and every person’s background when they enter this country as a refugee from a foreign land. This administration is doing an incredibly poor job of this and it needs to change now!