Whatever you think of Donald Trump’s policies, the man has amassed a large fortune with a healthy side of fame attached to it. However, as most rich people have spoiled kids running around with entitlement complexes and personality disorders, Trump’s family is one of the most cohesive and successful I’ve ever seen.

Every single person is a dynamic individual that wants to build upon Donald’s legacy, and they are all willing to go to bat for him when the time comes.

One of his most die-hard defenders is his daughter Ivanka, who was interviewed recently and asked about what she thought about her father, and whether she thought he was sexist. 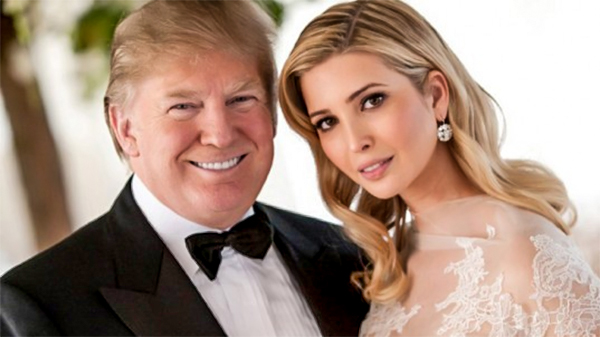 “If he didn’t feel that women were as competent as men, I would be relegated to some role subordinate to my brothers,” she said. “I think this is one of his great strengths: He fully prioritizes merit and accomplishment and skill and ability over background, education and gender … I think he’s one of the great advocates for women, and he has been a great example to me my whole life.”

The 34-year-old businesswoman and mother of two claims that Trump’s direct nature and straightforward comments, including the disparaging ones he makes about women, have helped him become the GOP front-runner.

“If he doesn’t like someone he’ll articulate that, and I think it’s also part of what resonates about him. He’ll say what he’s thinking,” she said. “I think that’s very refreshing, because with most politicians I’ve witnessed, you have no idea if what’s coming out of their mouths is married to their viewpoints.”

Here she it detailing her words – it’s a must-see and must-share:

Ivanka proves that because she’s a successful and well-rounded person, Trump can’t possibly be anything other than a champion for women’s success in life – a fact we knew. Maybe it’ll take liberals a little while longer to realize that.