Most of the nation seems to be clinging to the hope that the shooter who took aim at the Republicans practicing baseball was a lone wolf, off his rocker, fringe kind of guy. And hopefully not a representation of a larger sect of the Democratic party.

However, some information about the shooter’s social media activity points to the possibility that this not so lone wolf might be running in a pack.

The Daily Caller reports about one particularly disturbing group that the shooter was a very active member of.

An anti-Republican Facebook group celebrated the GOP baseball practice shooting committed by one of its members.

James T. Hodgkinson, who shot Rep. Steve Scalise and others during a GOP congressional baseball practice Wednesday morning, was a member of a left-wing Facebook group called “Terminate The Republican Party.”

He was a regular commenter in the group, and some members decided to celebrate his disgusting act in a post. 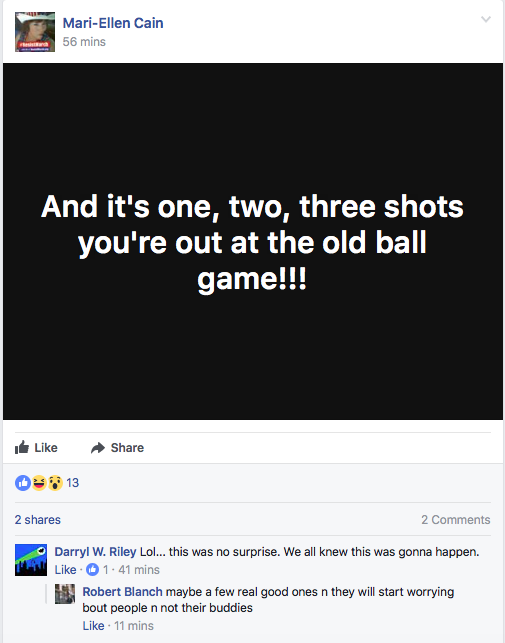 The post had 13 reactions, most of them “likes” and “hahas.”

Darryl W. Riley commented, “Lol…this was no surprise. We all knew this was gonna happen.”

Robert Blanch responded, “maybe a few real good ones n they will start worrying bout people and not their buddies.”

The shooter himself was active on this page on many occasions. Apparently, the idea of “terminating” Republicans is an idea that has been just completely accepted by these radical activists.

Here are a few of Hodgkinson’s posts and comments in the group: 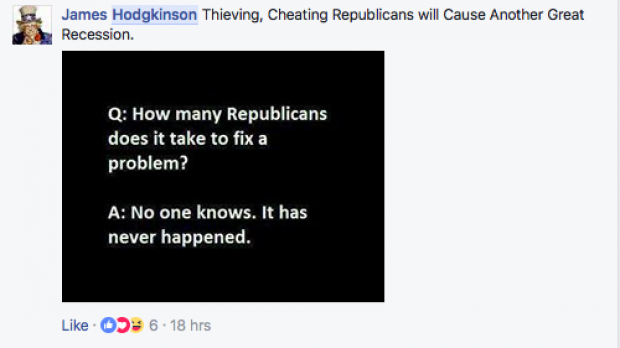 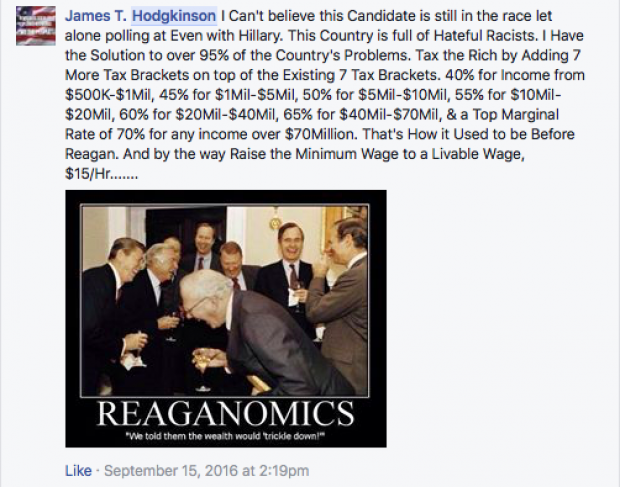 We know what Hodgkinson did was bad, and we know that things should have never gotten to that point, but now there seems to be a whole lot of debate as to what escalated it to this point. Roger Stone, a political advisor and Trump supporter has one pretty interesting theory which he shared with The Hill:

Roger Stone, a longtime adviser and friend of President Trump, blamed the media for a Wednesday morning shooting in Alexandria that injured Rep. Steve Scalise (R-La.) and four others, saying that reporters have fostered the “climate of hate” toward the president.

“I believe the shooting is a sad manifestation of the climate of hate that has been whipped up by the mainstream media against the president and Republicans,” Stone told Buzzfeed on Wednesday.

Stone also warned news outlets against placing blame on the “alt-right,” which Stone said he identifies with.

“Lest anyone seek to blame the alt-right I understand the shooter was a [Bernie] Sanders supporter,” Stone said.

While we know that what happened was bad, what we need to know is whether it will happen again. Apparently, there are those in the same circles as the D.C. shooter who believe the same things and have no compassion for those affected.

Here’s an entry from after the shooting happened. 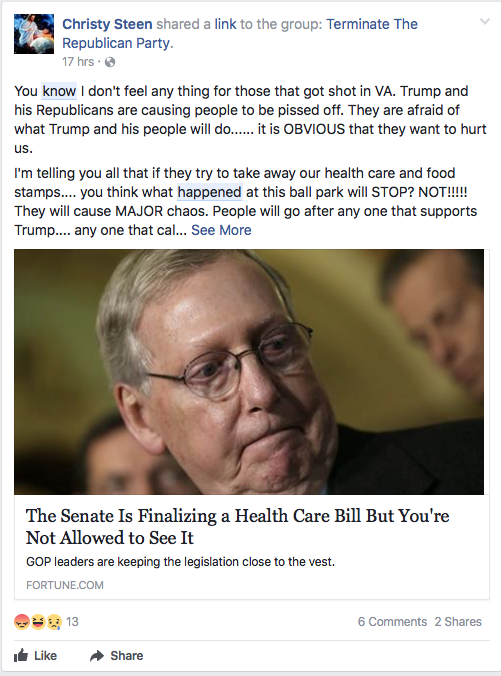 There’s no compassion, no remorse, no declarations of disdain or condemnation. It looks to an outside viewer that there are another potential 13,000 shooters, all exercising their freedom of speech to encourage one another that half the nation should be “terminated.” I could be wrong, but I’m pretty sure that’s not what the founders had in mind when they put that in the constitution.