Mike Cernovich, author of “Gorilla Mindset” put liberal Canadians in their place yesterday with a side by side comparison of the President’s and Prime Minister’s events.

The glaring difference being that the Canadian event allowed only men to be in the main event area and women were relegated to the balcony, while Trump’s roundtable event was virtually brimming with women.

This is @realDonaldTrump and America vs. @JustinTrudeau and Canada.

Western values vs. the Third World. 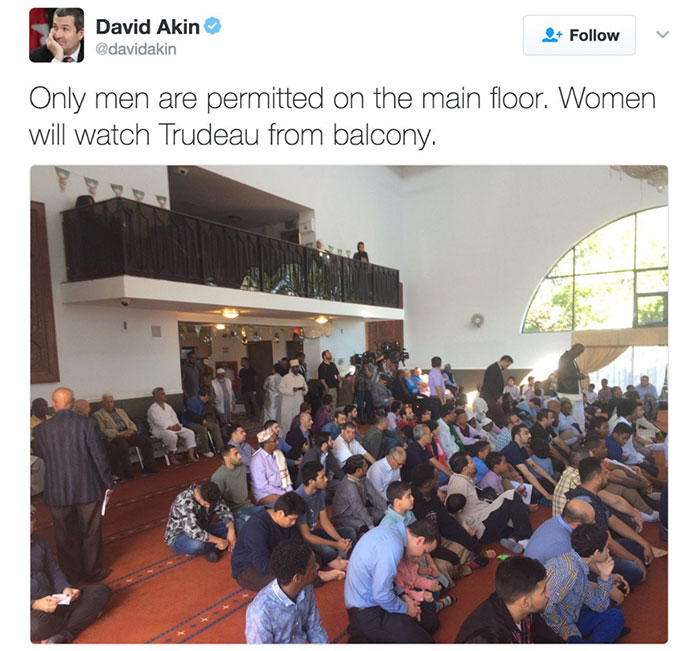 This obvious segregation is a travesty that would never be acceptable in the U.S. Especially from President Trump, who is not only the first president to win an election with a female campaign manager but has already integrated his wife and daughter into as much of his political dealings as possible.

Some Canadians even agreed with Cernovich’s sentiments on Twitter.

@Cernovich @realDonaldTrump @JustinTrudeau Mike, not all Canadians support him #NotMyPrimeMinister

Let’s hope this uproar helps draw attention to, not only the inequality in Canada but the amazing job that President Trump has been doing thus far.