Victory! Conservatives are triumphant while the Democrats’ latest attempt to derail the president’s agenda has ended in failure. On Tuesday the Supreme Court struck down a lower court’s ruling that would have allowed an additional 24,000 refugees to enter the country by the end of October.

The travel ban has been excoriated by the left. Liberals are still clinging to their pro-migrant fantasy. They believe that unrestricted immigration would lead to some sort of utopia. If they would pay more attention to what’s going in Europe right now, they would quickly be disabused of their silly notions.

Americans love immigrants, but we don’t trust migrants. The entire Muslim world is churning with hate. Islamic extremists dream of killing us. Yet liberals want to throw open our borders and sound a siren song for fanatics. 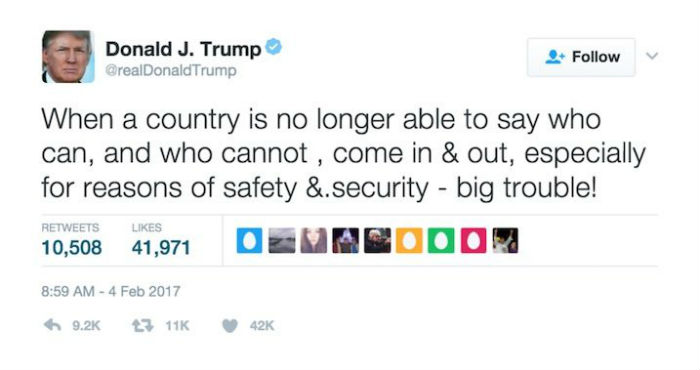 “The order was not the court’s last word on the travel policy… The justices are scheduled to hear arguments on Oct. 10 on the legality of the bans on travelers from six mostly Muslim countries and refugees anywhere in the world. It’s unclear, though, what will be left for the court to decide. The 90-day travel ban lapses in late September…”

The White House hasn’t indicated yet if it will seek to extend the travel ban, but I hope they do. Americans need to face reality and admit that radical Islam is a real threat. We have enough problems in our country; we don’t need to import new ones.