A famous Democrat told us years ago that the only thing we had to fear was fear itself. Unfortunately, those who consider themselves Progressives have been beating that drum ever since. That has become increasingly dangerous as there has begun to be more things to actually fear.

Like people strapping bombs to themselves and blowing up city blocks. That’s something worth fearing, and something that, of all people, Jenna Jameson has a perfect solution for: 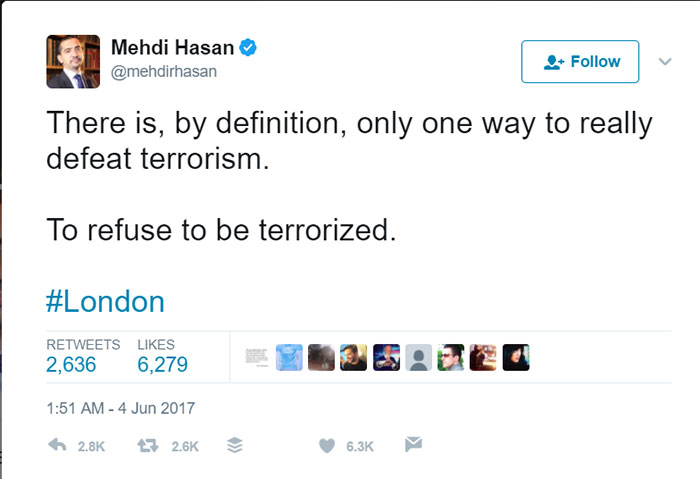 And here is Jameson’s EPIC response:

I would begin with demolishing the mosques all these terrorists attend and arrest their imams that help radicalize them. https://t.co/fa7ayqpr74

Refusing to be terrorized is as effective as a gun free zone sign.

Kill em. Then kill them again.

The terrorists can try to take our country and lives by force, or they can convince us to give it to them willingly. And while it would be best if no one ever felt fear again, there are still things left to fear.

Islam is incompatible with the values of the West, and the threats by terrorists and Islamists should not be taken lightly, especially not by the people tasked with protecting us from such violent ideologies.

I’m with Jenna on this one. Are you?