The DNC has pretty much been in anguish full time since their great white hope, Hillary, lost to the much hated Donald Trump last November.

I know she had a lot of female supporters, but they really went above and beyond to act like girls after that loss.

In case you forgot what half the women in America looked like at the time: 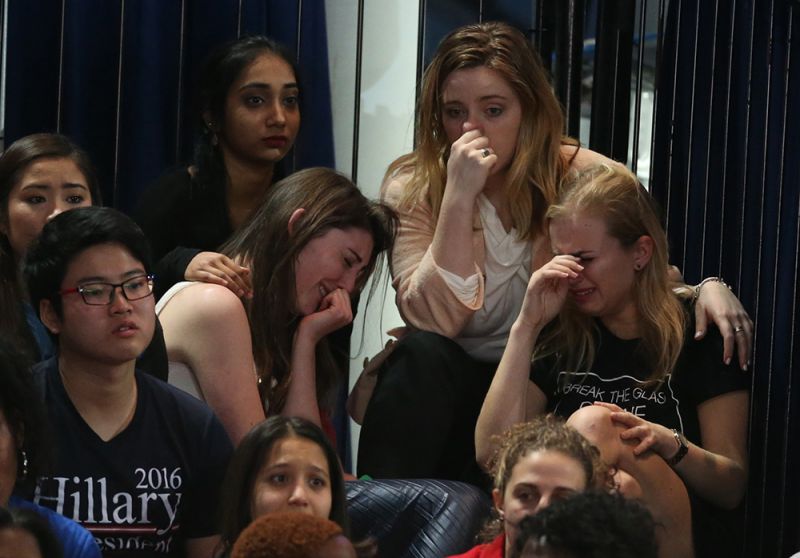 That was followed by protests and marches, and disturbing costumes that were supposed to make us hate President Trump. It primarily just made us realize how unhinged the left has become and thankful that we dodged that feminist bullet.

Since then, the DNC has had some re-structuring to do, and they’re hoping that their new leader, Tom Perez will help them do it. Unfortunately, not everyone is in love with him. Perez is a former “consumer advocate,” civil rights lawyer and former Obama labor secretary. Sounds like someone they should love, right? Apparently not.

Check out this clip of the crowd at the DNC’s “Come Together Fight Back” tour stop in Portland, Maine. Claire Cummings, a leader of the Maine Young Democrats teased the crowd as to why they came out.

“Maybe it’s because you love a certain senator from Vermont,” Cummings said, referring to Vermont Sen. Bernie Sanders. The crowd roared with approval at the mention of Sanders’ name and started chanting his name.

“Maybe you came though because you’re curious about the new DNC chairman and the future of the Democratic party,” Cummings said, referring to Perez.

I don’t know what Perez did to tick off these Maine Democrats, but I’m not sure whether to be happy that they have some kind of boundires or be scared of what it would take to alinate these people. Reguardless, it looks like they might not have hit quite the home run they thought when they put Perez in power. With their failure becoming a trend lately, perhaps there’s hope for America after all.