Apparently Iran is engaging U.S. ships in the Straight of Hormuz on a daily basis. So much so, in fact, that when they meet, the Iranian ships are taking pictures of them every single time. And they say this is for intelligence purposes. Yea, I believe that. Nope, wait, no I don’t. It’s Iran we’re talking about here. 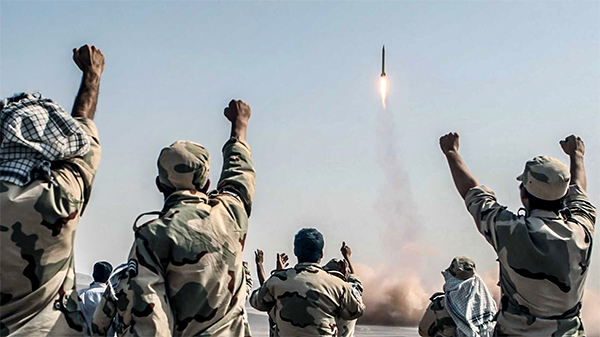 During these interactions between U.S. and Iranian forces, American aircraft and ships are routinely photographed by the Iranians for intelligence purposes, according to the official.

The disclosure of these daily run-ins comes following the release of footage by the Iranian military purporting to show a reconnaissance mission over a U.S. aircraft carrier station in the Strait of Hormuz.

The clip, which was filmed at the end of August and is punctuated by dramatic music, shows U.S. personnel aboard the ship and shots of U.S. warplanes stationed on it.

Iranian Revolutionary Guard Corps “drones have carried out such missions many times; although the drone remains for a long time above the [American crew’s] heads, they didn’t notice it,” Iran’s state-control media reported in Persian at the time, according to a translation by the Middle East Media Research Institute. “In some cases, [the American crew] did notice the IRGC drone awhile after the filming and tried to drive it off by sending a helicopter or fighter jet after it.”

When asked about the veracity of the clip, a Pentagon official said that Iran conducts surveillance missions on a routine basis.

“U.S. Naval forces are routinely approached by Iranian warships and aircraft as they operate in the region, with the majority of all interaction by the Iranians conducted in a safe and professional manner,” the official said. “This happens on a near daily basis.”

Let’s just keep an eye on this one. Should anything transpire, this is probably where it will have started. Be careful out there boys!