Oh an if this happens, there’s going to be some celebrating and one sad man named Ted Cruz.

Trump has gone full boar into New York, his home state. He’s doing the political polka all over the state with rallies from Buffalo to New York City and people are responding. He’s leading in the polls, he’s still ahead in delegate count, and we believe that he’ll win NY in a landslide.

Well if this happens, someone this he’s ed up being the nominee. Joe Borelli, who is a New York City Councilman and Donald Trump’s co-chairman for the state, just went on Breitbart New Daily and dropped and absolute BOMBSHELL. If Trump wins NY, He’ll win the nomination. WHOA! 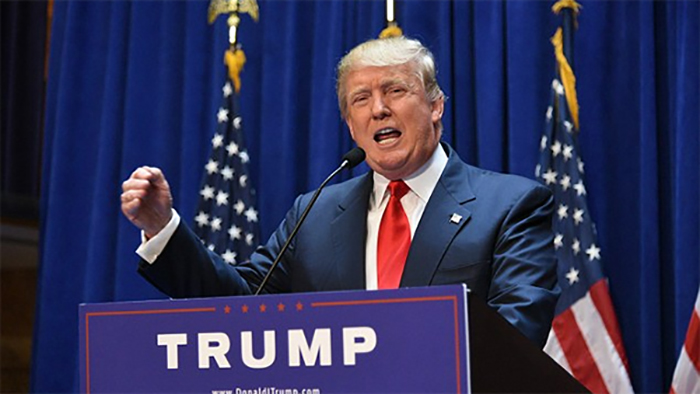 On Breitbart News Daily Monday morning, Joe Borelli, New York City Councilman and Donald Trump’s co-chairman for the state, said that while Sen. Ted Cruz (R-TX) has skillfully sewn up delegates in Colorado and Wyoming, a blowout vote for Trump in New York could make the senator’s victories irrelevant and crown Trump as the party’s nominee.

“Trump is probably going to win over 50 percent in the majority of the congressional districts around the state and I think he comes away with the vast majority of delegates,” he said. “And a week after that, we’re in five Northeastern states, where we have 172 delegates that are at stake, and by all polling, it seems as though Donald Trump is going to go out with the lion’s share of those as well. That brings him over the thousand mark. So, I think whether the public likes it or not, they’re going to have to start warming to the fact that Donald Trump will be the presumptive nominee come the convention.”

OH YEA! We really hope this is true as Trump is truly the man for the job.