Here’s your stupid jihadist of the week.

When you put things online, people are going to find them. Old pictures, bank statements, anything. You put it online, someone will probably find it. And that’s exactly what happened here. Except this time it was a federal offense. Terrence McNeil of Akron, Ohio has published the names and address of U.S. military personnel and not only did it without permission, he also called for the heads on a platter ad McNeil is an ISIS supporter. 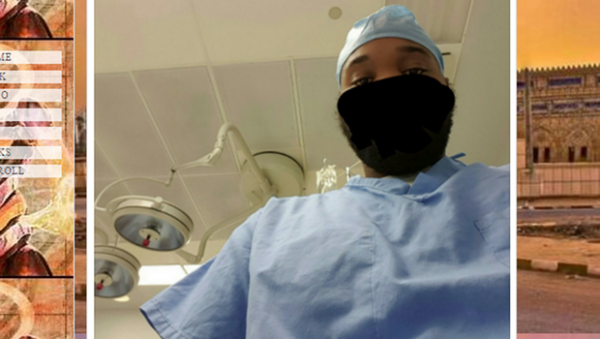 A 25-year-old Ohio man has been indicted on multiple federal charges for posting the names and addresses of United States military members on social media sites and calling for their deaths, officials said on Wednesday.

A six-count indictment was filed on Tuesday against Terrence McNeil of Akron in U.S. District Court that included three counts of solicitation of a crime of violence and three counts of threatening military personnel, the U.S. Attorney’s Office in Cleveland said in a statement.

According to the indictment, McNeil professed his support of the Islamic State on several social media websites, including Facebook, Twitter and Tumblr. Prosecutors said in September that McNeil used a Tumblr account to post several dozen photographs, names and addresses of U.S. military personnel, along with an image of a handgun and a knife with text that reads “… and kill them wherever you find them.”

I hope this moronic thug gets locks away for life and they throw away the key! We cannot tolerate these things on U.S. soil!
(Source: Reuters)
LIKE US ON FACEBOOK