I cannot believe this was close to being a trending hashtag on twitter. This is sickening and should tell you all you need to know about Black Lives Matter.

The people running, supporting, or following the Black Lives Matter movement are absolutely blind. They are horrible people and are ushering in a new world order of racism and hatred towards their fellow man. They’ve proven this time and time again on twitter and other social media platforms, showing that only black lives truly matter and not all lives matter; which is the way God intended. And I feel there is no better proof of how backward and uninformed an organization they are than how they reacted to the Paris attacks. 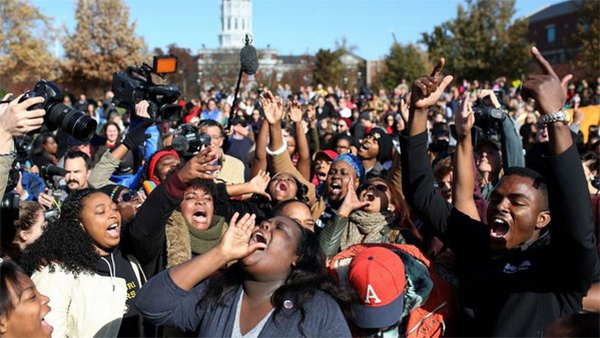 Resentful black activists and their comrades started a backlash against the huge public sympathy for the Parisian victims of the Islamist terror war. On Sunday, they used Twitter’s hashtag #FuckParis to reveal their emotional reaction to their loss of attention.

A small sampling of the tweets show no sympathy towards the killed and wounded in Paris. Instead, the left-wing activists described the slaughter in France as retribution for the Western colionialist, imperialist, racist, and white culture. The tweets cited included France’s long history with Haiti and Africa, as well as France’s popular ban on Muslim’s Afghan-style face-covering ‘niqab’ cloaks.

That’s correct. BLM is not only showing how many scumbags are in their ranks, but also blaming the U.S., the country they live in and are given freedom by, for the attacks because of racism. Even though they don’t know that what they are doing is the definition of both racism and segregation. Here are a few samples of the tweets.

If only white lives mattered to white people smh #ParisAttacks#ParisShooting#paris#FUCKPARIS#FUCKFRANCEpic.twitter.com/muss901RA4

If you a black celebrity and you send #Prayers4Paris yo ass should be shot. #fuckparis

Shameful. You should all resign your humanity, as you are not deserving of it.