Hillary Clinton’s health has been in the news lately for a variety of reasons. First, doctors across the country are noticing her weird and erratic speech patterns, her loss of strength, and convulsions when being interviewed by reporters. According to Dr. Drew, she’s getting 1950’s standards of care, and she clearly has brain trauma.

However, the liberal media wants to bury the story, so they, along with Hillary’s campaign, dismiss it as a conspiracy theory touted by right-wing nutjobs.

…and then Hillary went on live TV to prove that she’s healthy, and struggled to open a pickle jar, almost passed out, and tried to play it off like she wasn’t absolutely exhausted, slumped back in her seat like an old prune.

Notice that she has to use all her strength to get the jar open, a jar that was likely already opened for her, as the trademark air “pop” wasn’t heard. That, and the fact that Hillary would have known in advance that this skit was going to happen.

Take a look at her face here, when she’s trying to act up for the camera: 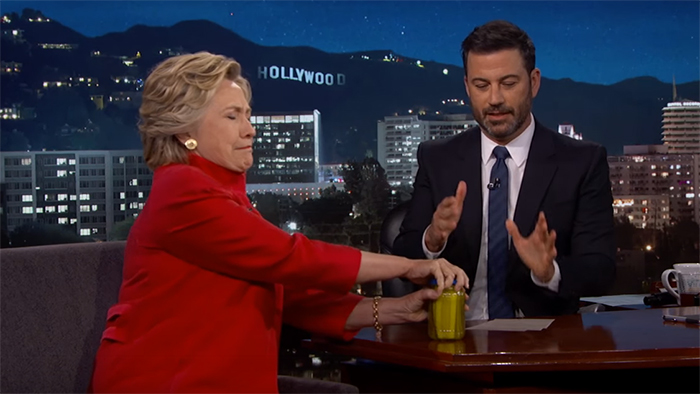 Then she realizes that it’s harder than she thinks, you can see the distress in her face: 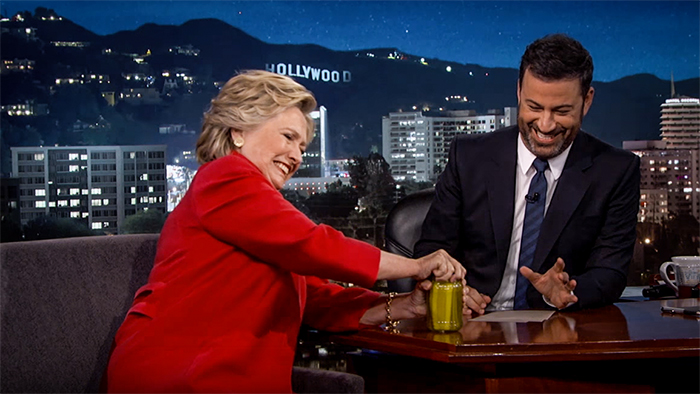 Then, as she finally opens the jar (again, without an air pop), she collapses onto the table for a few seconds: 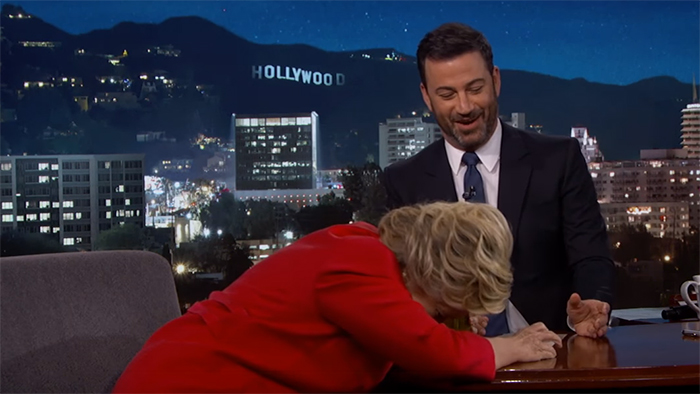 And then, completely exhausted, she slumps back into her chair, laughing but obviously disoriented. I wonder why they saved this segment for last. 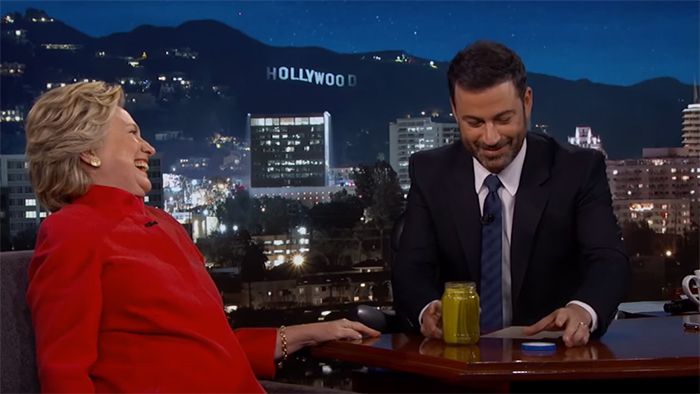 There is no question that Hillary’s health is a concern for those voting for her, but for those that don’t support her, it’s a clear indicator that she’s willing to lie to the American public about her ability to lead, and that’s absolutely unacceptable. Let’s kick her out in November! Who’s with me?