Let’s get some facts straight before we dive into what Hillary will do to cripple our economy. President Obama has raised the national debt to a record 19+ trillion dollars. No other president has ever had a debt as high as Obama’s, even if you added them all up. and Obama, no matter what MSNBC tells you, has done nothing to work down that debt.

Now that we have that out of the way, let’s take a look at what Hillary Clinton just suggested we do to help eliminate our national debt. Oh wait, I’m sorry. Did I say eliminate? I mean add to it by $1.3 trillion.

Hillary Clinton comes up $2.2 trillion short in paying for her policy agenda, despite hiking taxes by $1.3 trillion, according to a new analysis of the Democratic nominee’s campaign platform.

The American Action Forum, a center-right policy institute, released a report Thursday finding Clinton’s domestic agenda would “have a dramatic effect on the federal budget.”

Gordon Gray, American Action Forum’s director of fiscal policy, based the report on estimates of policy proposals from the Clinton campaign itself, as well as independent analyses from the Tax Policy Center and the Committee for a Responsible Federal Budget.

But that isn’t all. Hillary’s spending budget is outrageously and hilariously bad.

“Based on these estimates, Secretary Clinton’s proposals would, on net and over a ten-year period (2017-2026), increase revenues by $1.3 trillion, increase outlays by $3.5 trillion, for a combined deficit effect of nearly $2.2 trillion over the next decade,” Gray wrote.

The report notes that Clinton’s proposals would also increase deficits to 5.7 percent of Gross Domestic Product, and the debt held by the public to 93.4 percent of GDP, “well above the current law projection of 85.6 percent.”

Clinton’s most expensive policy proposal by far is guaranteeing up to 12 weeks of paid family leave at a cost of $1.598 trillion. Her “College Compact” plan that would give free community college tuition for students who work 10 hours a week would cost $347 billion. The campaign says the plan would be fully paid for by hiking taxes on the wealthy.

Ah yes. Let’s hike taxes on the wealthy. Wonder where I’ve heard that before? 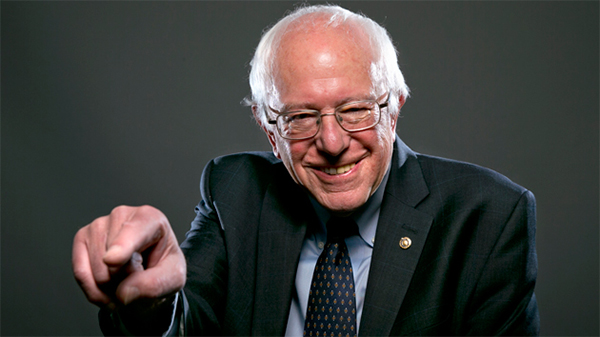 Well, Bernie and every other Democrat ever. The problem is, the people that hold all the wealth shouldn’t be paying for the mistakes of the Democrats that got us here in the first place. Hell, Hillary even said that she would raise taxes on the middle class! Make up your mind, you lying toilet urchin.

But hey, it’s Hillary, she’ll say anything to get in, get elected, and take zero blame for anything.